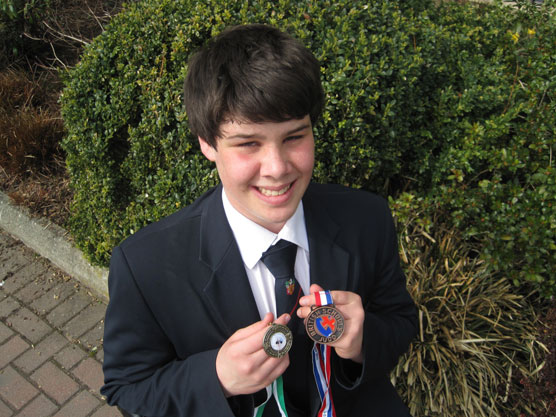 Both competitions took place in March, with the Irish gold won in Dublin and the British bronze last weekend in Sheffield, a fantastic achievement as over 450 competitors started this particular competition.

Graham, who trains with the Hazama Judo Club in Maghaberry, is understandably delighted with his success: “I would like to thank my coach, Mark Montgomery, for all his help along the way.

My ambition now is to compete at the British Championships again next year and win a gold medal. This is definitely achievable as I have two more years left in the under 16 category.”

Younger brother Ryan, himself a Year 8 pupil at Wallace has also performed very well in recent competitions, finishing fifth in both the Irish and British under 12 competitions. All at Wallace wish to congratulate both boys on their recent success.