Millions of listeners to Simon Mayo’s Drivetime heard Year 13 Wallace student Masha Morwood request a special song and give a detailed analysis of how to take a short corner. Masha, currently studying Biology, Mathematics, French and Spanish at AS level is a key member of the school’s 1 X1; her sister Anouk, who is in Year 11, is also an outstanding hockey player. The team has two “sister acts” as Head Girl Zara Kirkwood plays alongside her younger sister Jasmine. 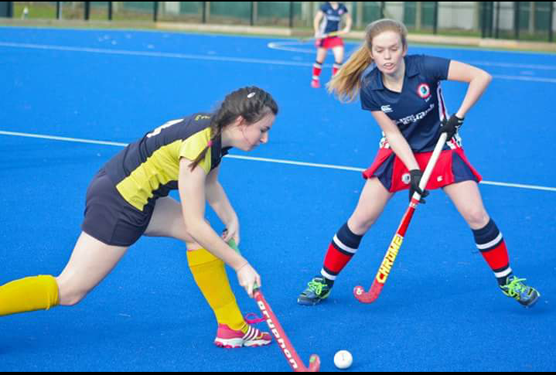 Before appearing live on air members of the public have a rigorous pre-interview with BBC staff on the Drivetime programme. Masha clearly passed with flying colours and was able to request the team’s “lucky” song Come On Eileen which was a hit in the nineties for Dexy’s Midnight Runners. Her eloquent explanations of some of the more technical aspects of play clearly impressed Mayo who promised that the results of the Schools’ Cup quarter-final between Wallace and Ballyclare High School would be broadcast in the show’s sports’ bulletin the following Monday. 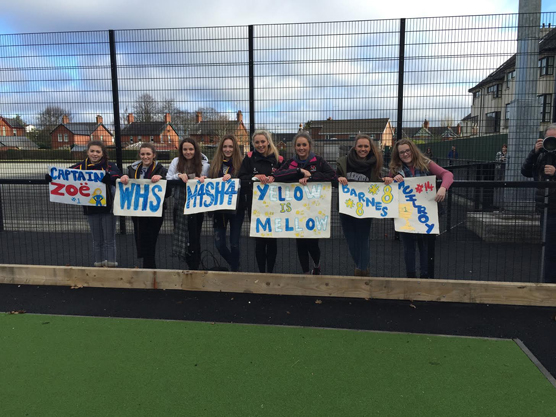 A large crowd was in attendance at the “smurf turf” for the Saturday morning fixture. Wallace hopes were high as the girls had knocked out Lurgan College, the current holders of the Schools’ Cup, in the previous round. The Wallace girls took an early lead with a splendid goal from Year 12 student Jasmine Kirkwood but sadly Ballyclare equalised and subsequently took the lead to secure a final 2-1 victory. The Ballyclare High team can boast a full international player and Wallace’s spirited play produced the smallest margin of victory for Ballyclare throughout the tournament and indeed the season. 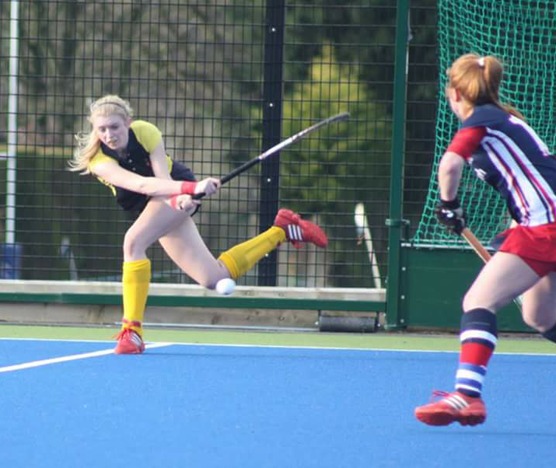 Local broadcasters UTV were present at the match and former pupil and TV/radio presenter Denise Watson was on hand to console the Wallace Captain, goalkeeper Zoe Jackson. Having seen Zoe’s world-wide Internet hit from the school’s carol service in Lisburn Cathedral, Denise was keen to hear from Zoe about how she balances the demands of her musical training and her Ulster hockey squad commitments. The challenge of captaining the team from the goalmouth is substantial and Zoe is not unaccustomed to warnings about shouting too much! 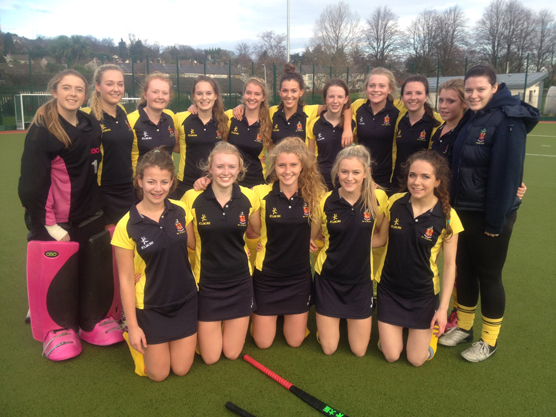 Speaking after the match Team Manager Mrs Louise MacDonnell observed “This is a very young team with the majority of players being in Year 12. We believe the future looks bright for Wallace hockey and we are delighted with our new pitch which has really added immensely to our school facilities.”

Mrs Maggie Hunter (Team Coach) , whose distinguished international career is an inspiration to the Wallace girls, noted “The girls were, as always, a credit to themselves, their families and the school. Games are won and lost on very small margins but we are very proud of our performance in the tournament. We wish Ballyclare High all the very best for the semi-final and we are already looking forward to next year’s Schools’ Cup.”