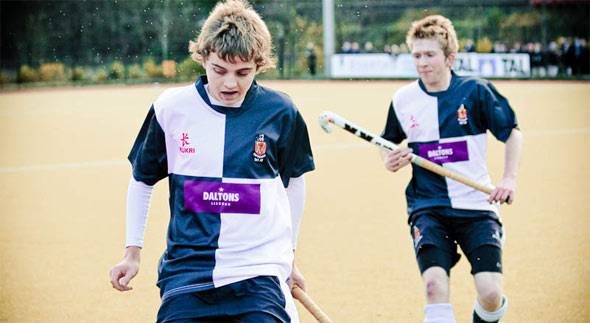 The Lisburn lads started their cup final day with a coaching session for local primary schools from Downshire, Ballymacash, Pond Park and their own Prep under the expert guidance of Iain Lewers who plays professional hockey in Holland. This was a great start to the day as the local children enjoyed their session whilst the Wallace players could forget about their big day ahead for a couple of hours.

Wallace started the game in good form and, after robbing the Banbridge centre back, Matthew Murphy failed to convert a one on one opportunity. Still the 1st X1 attacked their illustrious opponents and a Stephen Hunter reverse stick effort went spectacularly but narrowly over the bar. The Banbridge goal keeper also had to be in top form to stop three Murphy penalty corner drag flicks whilst two further efforts were superbly taken off the line, Peter MacDonnell robbed on both occasions. 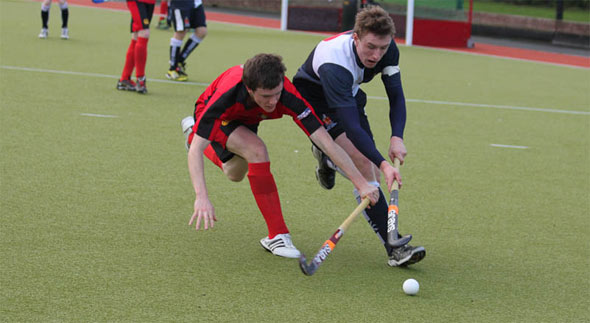 Centre back Richard Arneill was having an outstanding game keeping Banbridge dangerman Stephen Dowds quiet, ably assisted by his partner Adam McCann and left back Glenn Reid who continued his fine form with another solid performance. It was therefore something of a shock that Banbridge went in at half time one goal up after a well worked goal down the right hand side.

The Wallace coaching staff instructed their forwards to put more pressure on their opponents defence and by stepping up they forced another penalty corner early in the second half which Murphy dispatched into the bottom corner with a trademark drag flick. This was his 35th goal of an excellent personal season and brought the Lisburn team right back into the game. 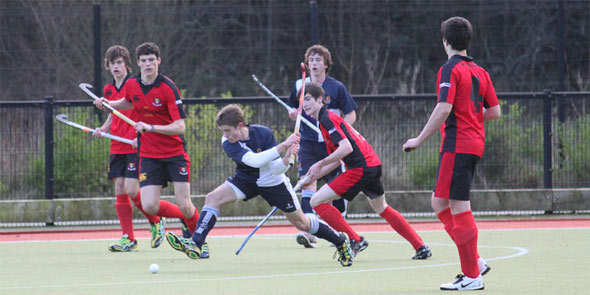 A period of stalemate then ensued before Banbridge followed up a penalty corner rebound after a good save by Luke Williams to go 2 – 1 up. A feature of the Wallace success this year has been their never say die attitude and this was again to the fore as co captain Stephen Hunter produced a wonderful finish to a superb move to again bring them back into the match.

At this point it appeared that there would only be one winner and as Wallace won a string of penalty corners it looked like it might at last be their day. However, despite valiant efforts from all the players Banbridge scored two late goals to kill the game off and give them victory in the first major Ulster Schools’ competition this year.

Big games are always decided by small margins and this was to be one of those days. The Banbridge goal keeper had an outstanding game and was well supported by his defenders who took three goal bound shots off the line. All the players involved in the big day from the Wallace side should be very proud of their achievement, firstly in getting to their second final this year (the Irish Schools’ being the other) and also for their display of fast, attacking and attractive hockey.

This really was a superb advert for local schools hockey with the best two teams from the first half of the season going all out for victory. The Wallace players will now have to channel all their energy into the post Christmas Burney Cup and will hope to add some silverware to their two final appearances this year.

Certainly the experience of playing in front of a large and vocal crowd will stand them in good stead and they will be now be hoping for a favourable draw in the first round of the Burney which will be released on Tuesday.