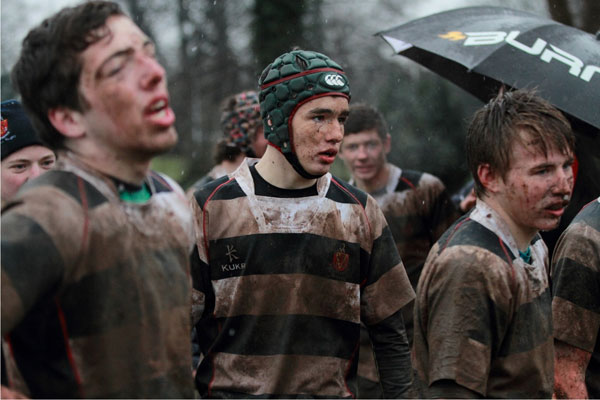 The tournament involved twenty schools who were divided into four pools of five teams. Wallace were in with BRA, RS Armagh, Carrick GS and Cambridge House in the group stages and defeated them all by 25/30 points to nil.

The competition had started in reasonable conditions at 11.00am but the weather deteriorated rapidly with heavy persistent rain which turned to snow by the quarter final stages at 2.40pm. 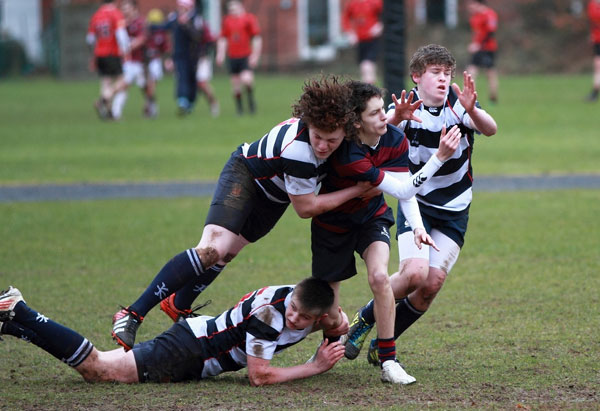 Wallace played Portora Royal in the quarters and again won by over thirty points to nil. Jacob Singleton, Tom Baird, Adam Heaps and Adam Galashan excelled in the difficult conditions with strong running and excellent precise passing. Wallace now faced Ballymena Academy who had defeated RBAI in the quarters.

Ballymena started strongly and Wallace conceded their first try of the tournament after only one minute. However, Jonny Stewart, Adam McCallum, Andrew Morrow, Ben Finlay and Tom Baird excelled with ball in hand as Wallace won 24-5. 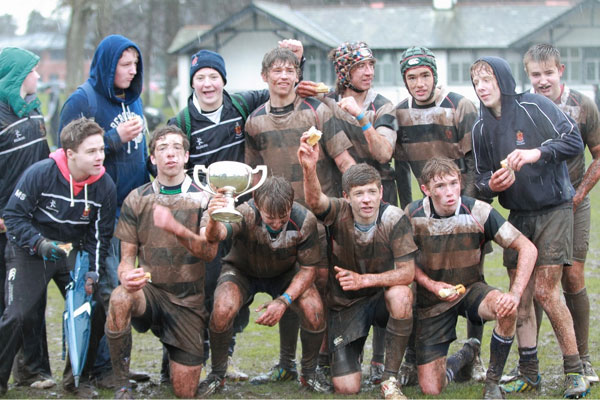 Wallace now faced Campbell College in the final at 3.45pm. Both sets of players were suffering from cold and fatigue. However, it was Wallace who adapted better. Straight from the kick off Kyle Hayes fed Jonny Stewart with a sublime pass and the skipper sped away down the touchline to score the opening try. Toby Kerr got in on the act scoring two quick tries in succession before half time to leave the score 21-0. After the restart it was more of the same as Ben Finlay, Adam McCallum and Adam Galashan scored. All the tries were converted to leave Wallace comprehensive 42-0 winners.

This was a tremendous effort by the players who suffered defeat only on Monday to Campbell in the Shield Final at Ravenhill. Their competitive mindset along with their dedication and commitment on the day and indeed during the season has been superb. This was an excellent way to finish a long and successful season.

Thanks must go to Campbell College for their excellent organisation of the tournament and to the brave and loyal Wallace Medallion parents who supported the team in bitterly cold conditions.