Delegates from The Wallace High School years 11 and 12 who will be attending the 22nd MCB Model United Nations Conference 22nd – 24th October. A group of Year 11 and 12 pupils from The Wallace High School will represent Malaysia, Croatia and The Sudan in the MCB Model United Nations Conference in Belfast. They have recently spent time researching and developing position papers and resolutions on a range of issues from rain forests to violence in videogames, from contraception to nuclear disarmament. 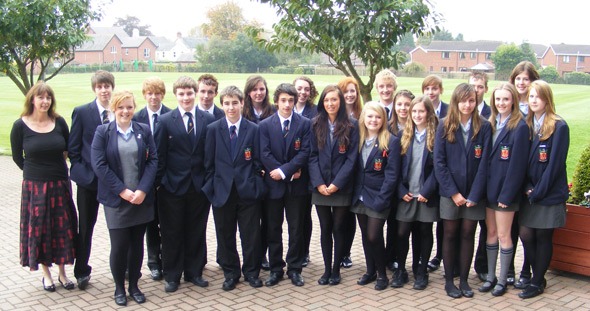 With approximately four-hundred pupils aged eleven to eighteen from across Europe expected to attend, this will be the largest MCBMUN conference ever.

At some point over the three days the Wallace delegates, along with the other nations, will have just a few hours to save the world! At the last conference, where they came away as prize winners, they were faced with North Korea holding the world to ransom with primed nuclear missiles. There is also a social life laid on with a Ceildh on the Friday night.

Check out for ‘the most fun you can have in a suit’ and if you are interested in taking part next time speak to Mrs Karen Ferguson, English Dept.