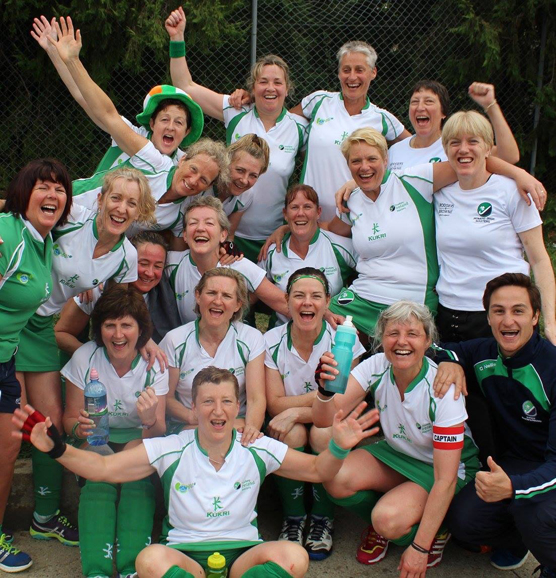 Wallace High School teacher, Mrs Maggie Hunter, enjoyed a dream trip to Canberra, Australia over the recent Easter break where she captained the Irish over 50s hockey team in the Masters World Cup.

Maggie is a highly respected member of the Irish hockey community having played for the Irish indoor and outdoor senior teams whilst a member of Owls Hockey Club. In recent years she has maintained her love of the sport by coaching the schoolgirls’ 1st XI (leading them to their first Schools’ Cup final in 2011 and a Shield win this year) and also playing and coaching at Lisnagarvey Hockey Club. She has also watched with interest her three sons playing the game she loves, middle son Stephen represented the Irish under 18s whilst a pupil at the Lisburn school, whilst youngest son Patrick recently captained the Irish under 16s in matches against Scotland. 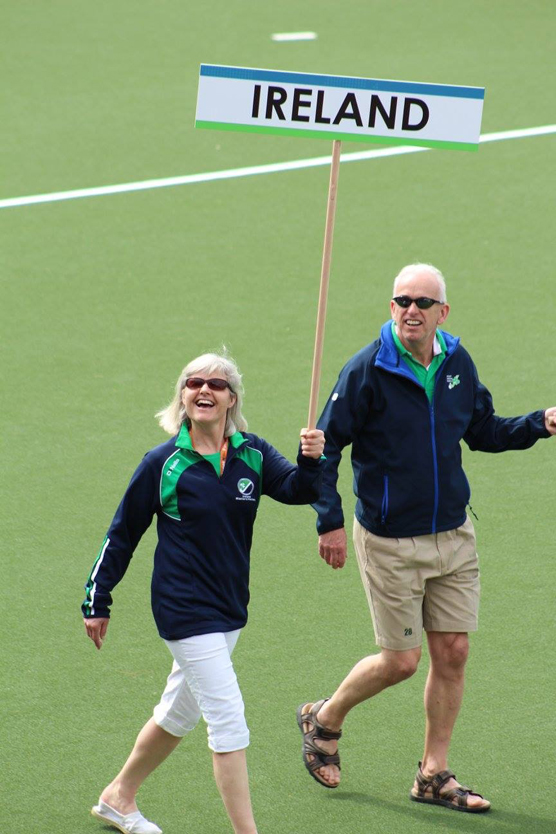 The Irish Masters Womens Over 50’s team had an extremely successful World Cup, a silver medal is Ireland’s best ever finish on the world stage. The final took place on 6th April in Canberra between the top two after the group stages, Ireland and Australia. Ireland had the better goal statistics having scored 17 and conceded none, with their results as follows: 0-0 with Australia, 5-0 Wales, 7-0 Canada, 2-0 New Zealand and a second team from Australia called the Wattles 3-0.

In the final Ireland started faster than Australia and opened the scoring from a goal in open play coming from the left hand side of the circle. It took Australia late into the second quarter to find Ireland’s net after a goal line infringement was rewarded with a penalty stroke. 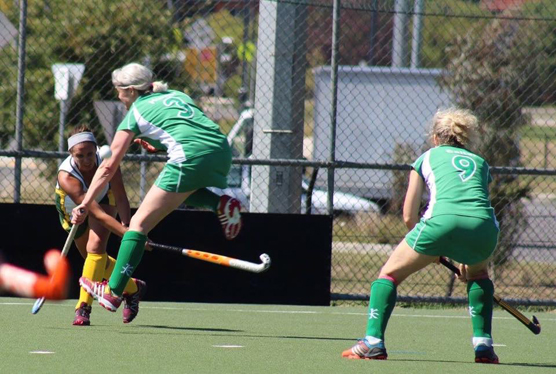 Just after half time Ireland having missed a 2v1 chance on goal let Australia finish well after some good circle work. The goal of the final was Ireland’s second goal, this team goal put both teams level with ten minutes to go. The winning goal by Australia came with four minutes to go and the Irish in 30 degrees heat had no response so had to settle for the silver.

This team has been together for the last 18 months and selection is from all four provinces with training sessions in Dublin on a regular basis. Over this time the majority of this team have won the home countries in June 2015, silver in the Europeans in August 2015 and now silver in the World Cup.

Commenting on her achievement Maggie said: “Masters hockey is growing quickly in Ireland as more people look to keep playing the sport that is close to their hearts. Playing in Australia was an unbelievable experience for us all and certainly one of the highlights of my long hockey career.”

She continued, “I was very proud to be made captain of the team and to win a silver medal, unprecedented in the history of Irish hockey, makes it extremely special for all involved with the squad. One of the main ingredients of a successful Masters tournament is the mixing of players from all teams and I have certainly made many friends for life both inside my own team and also with participants from other competing countries.”

As ever, all at the Lisburn school are very proud and wish to congratulate Mrs Hunter on her superb achievement.