Primary Three were delighted when Mrs Reena Abhol, one of our Pre Prep parents, agreed to join our class to share some Indian foods and customs. Mrs Abhol had indeed been busy that morning as we were treated to onion bhajis, some delicious savoury biscuits as well as still warm chapatis which disappeared in seconds. We also sampled some Indian sweets, desserts and nibbled at a large bowl of Bombay Mix. 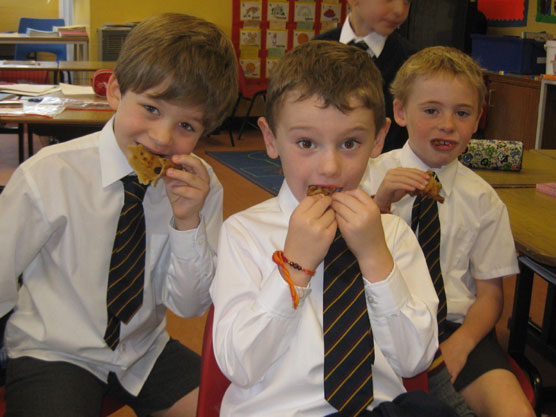 Mrs Abhol allowed the most beautiful hand embroidered Sari to be modelled by Mrs Wilson, although when she discovered the cost of such an item it was very quickly removed. 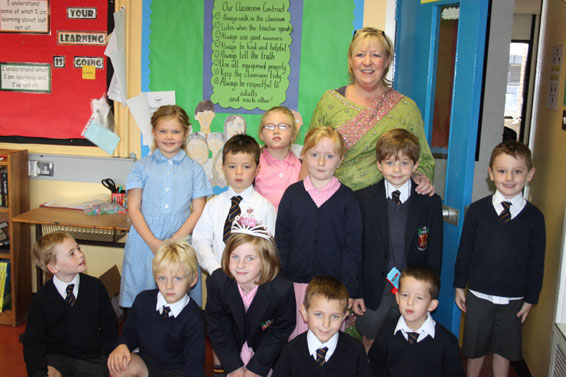 We discovered a new and interesting custom from the Punjab. Every August sisters tie brother bracelets, or rakhi, to their brothers wrists. In return, the brother gives his sister a present.  Apparently sisters can become rather greedy as they get older and if you come from a large family it can be a costly time for boys.

Mrs Abhol then painted the boys hands with the traditional henna design which would be used on their wedding day while the girls were given a more intricate pattern.  To complete the look the girls attached bindis to their foreheads which they proudly wore for the remainder of the day.

Thank you very much, Mrs Abhol, for giving and entire morning to give our class a little insight into the customs and culture of your mother country.