After a busy first term, the Pre-Prep children returned to a Winter Wonderland in the Wallace Prep Department.  The sand tray had been replaced by white snow and ice cubes filled the water tray.  The role play area had been turned into an eskimos palace.  Mrs Mulholland has focussed on the colour white and animals found in the Antarctic. 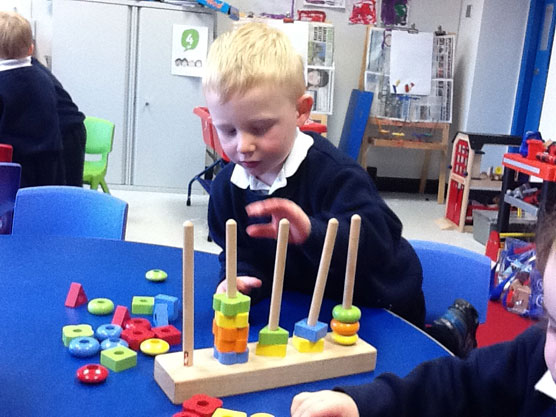 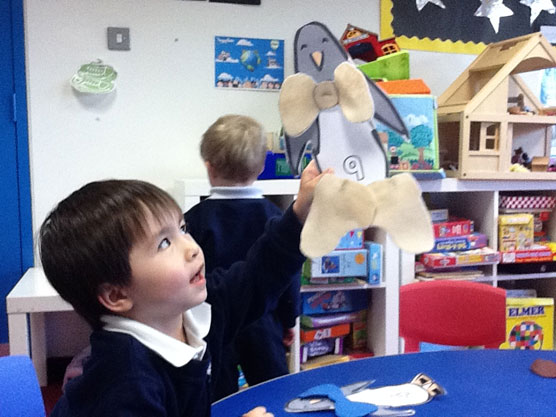 Mrs Latham painted an Emperor Penguin and the children enjoyed measuring themselves against it.  The Dressing up area is proving quite the hit and one would think you were enjoying après ski during snack time. 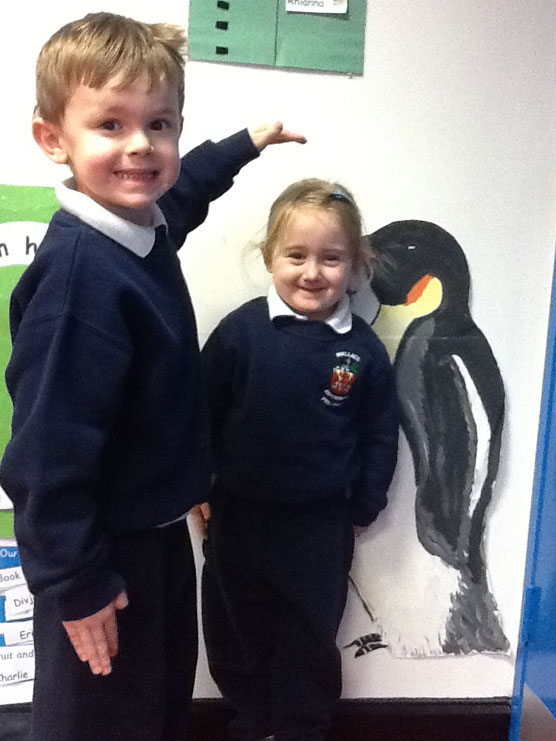 A limited number of places for Pre-Prep morning and afternoon sessions are available.  Please contact Mrs Agnew in the Prep Office for entry September 2012 and 2013.