Former pupil Samantha (Sam) Moore, deemed one of ” her generation’s most sought after goldsmiths” , recently returned to Wallace High School to visit the Art Department and speak to AS and A2 students. A graduate of the University of Ulster, Samantha has enjoyed success very early in her career having her work exhibited by the Victoria and Albert ( London) the Worshipful Company of Goldsmiths and the National Trust. 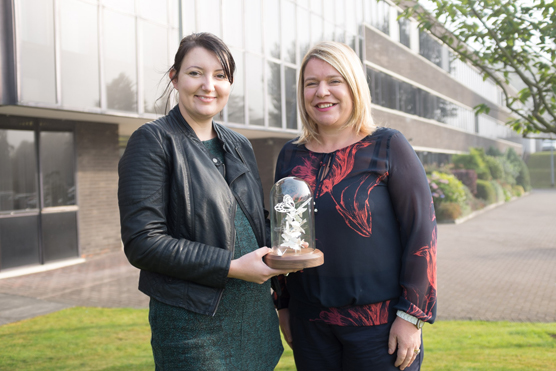 Given Samantha’s already distinguished reputation we were thrilled that she accepted a commission to design and make a piece named ” Briagh’s Prize”.

The piece is in memory of former pupil Briagh Hull who died in June 2011 and has been funded by her parents and the school. It will celebrate creativity within the curriculum and will be presented for the first time at the Senior Prize Day in October. The silver sculpture , meticulously handmade by Samantha, features butterflies and is intended to complement the screen designed by distinguished local artist Ross Wilson and Briagh’s classmates.

Commenting on the project Samantha said ” I was very moved by Briagh’s story and by the beautiful piece created by Ross Wilson. As an artist you strive to create work with emotional significance vested in it and as a former pupil myself I was delighted to become involved with the project. I hope that the piece will be a celebration of Briagh’s life and I have enjoyed both working on it and being back in contact with the school.” 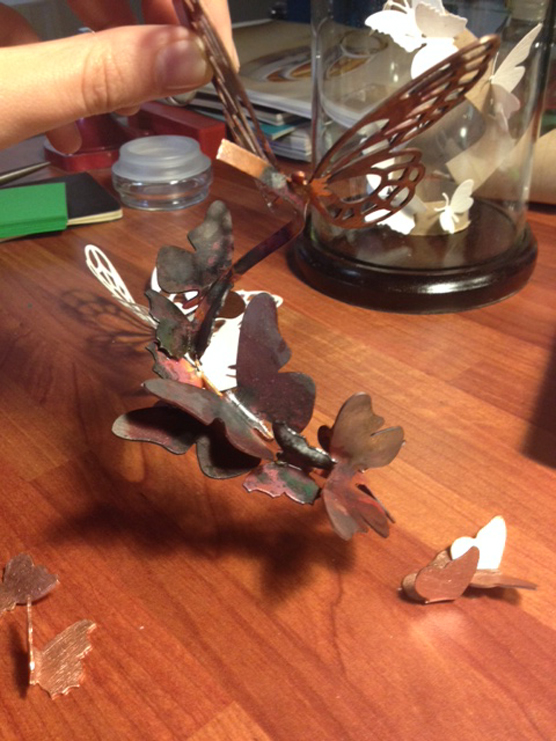 Principal Deborah O’Hare noted ” As a school family we are always proud of our students’ achievements and we are thrilled that we will now hold a piece of Samantha’s work as I know her reputation can only continue to grow.

The silver sculpture is an exquisite reminder of a brief but beautiful life and the butterfly motif is very meaningful to Briagh’s parents and her friends.” The Principal also observed that she was very grateful to Samantha for her ” generosity of spirit” as Samantha, in common with Ross Wilson, gave her professional services for free.

Samantha is currently involved with a major exhibition on the mainland but will be an honoured guest at our Senior Prize Day in October. Details of Samantha’s work can be seen at http://www.samanthamooresilversmith.com/