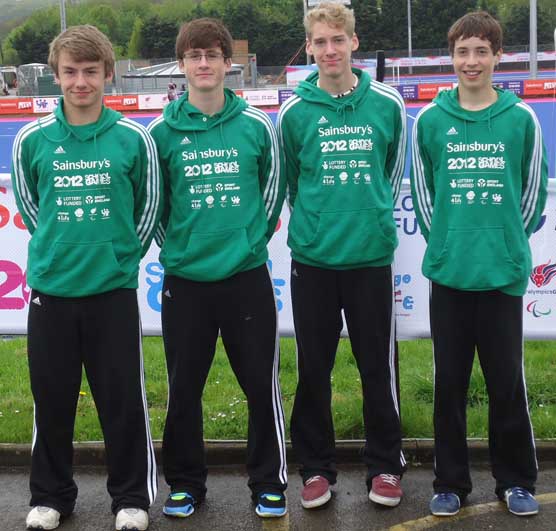 Eleven pupils from The Wallace High School enjoyed the London 2012 experience as they represented Northern Ireland in The Sainsbury’s 2012 School Games, a multi – sport event for the United Kingdom’s elite young athletes of school age. Over 1600 athletes took part in the weekend extravaganza which featured 12 current and future Olympic and Paralympic sports in the last event to be held at the Olympic Park before the Opening Ceremony
in July. 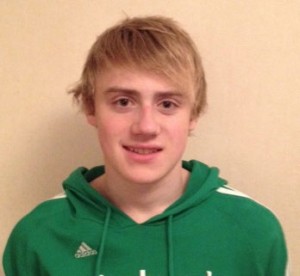 Year 11 pupils Alannah Stephenson and Ryan Getty were involved in the badminton competition with Alannah achieving a highly creditable silver medal in the doubles, whilst Graham Malley continued his fine season by helping Northern Ireland to a bronze medal in the judo team event.

Brothers Philip and Laurence Slater were instrumental in helping the fencing team pick up a bronze medal in the team event, whilst Year 13 pupil Matthew O’Connor performed well in gymnastics and Year 12 Peter Sands had the unique opportunity of performing in the Olympic Aquatic Centre in the Swimming heats. 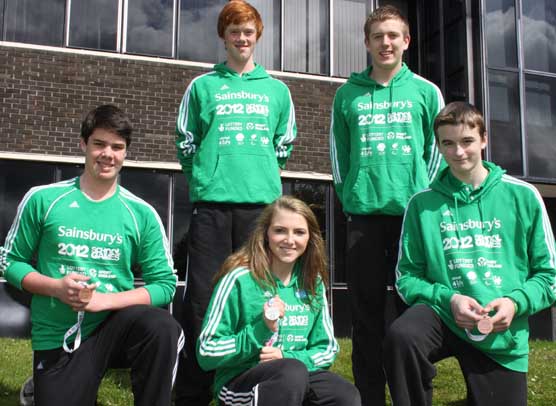 The UK School Games gives participants the opportunity to experience many aspects of the Olympic and Paralympic Games including the opening and closing ceremonies.

Commenting on the experience Ryan Getty said: “To be part of the Northern Ireland squad at this event was incredible, especially as Wallace was so well represented across a number of sports.

I really enjoyed the high level of competition and getting the opportunity to mix with and play against players from the other teams.” Alannah Stephenson, who performed brilliantly to achieve her silver medal in badminton added: “I was so pleased to win a medal in such a prestigious competition and also enjoyed being in London so close to the Olympics. There was a real buzz around the city and everyone seems to be getting themselves ready for the summer.”