The Wallace High School boys’ hockey 2nd XI have reached the final of the Prior Shield where they face either Ballyclare High School or Ballycastle High School in February.

This competition is usually concluded before Christmas but a spell of cold weather played havoc with the other side of the draw whilst the Lisburn lads quietly worked their way into the final. In the group stages Wallace defeated Methody 2nd XI 2 – 0 (captain Chris Mark and Callum McCandless the scorers), Wellington College 1st XI 3 – 0 (Mark, McCandless and Matthew Peters on target) and Laurelhill 1st XI 7 – 0 (Andrew McNaught 2, Luke Chambers, Richard McCracken, Jonny Scott, Peters and McCandless on the score sheet). Special mention should go to Year 12 pupil Stephen Crean who, having just taken up goal keeping managed to keep three clean sheets in a row. 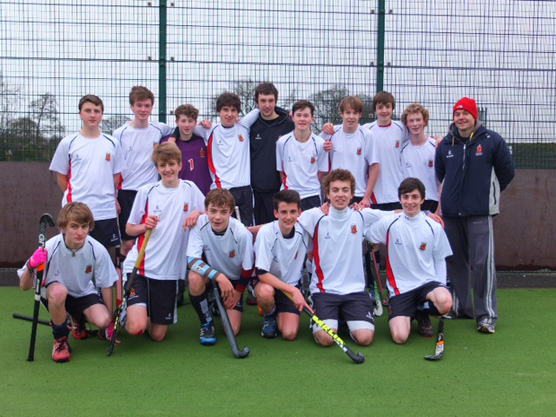 This set up a home quarter final against Sullivan Upper with Wallace edging a tight game 2 – 1 at Lisnagarvey Hockey Club. Scott Brown scored the first goal in the game before Year 12 pupil Callum McCandless popped up with the winner and maintained his record of having scored in every Prior Shield game up to that point. The semi final saw Campbell College 2nd XI travel to Laurelhill on a cold day before the Christmas break and Luke Chambers inspired a superb 4 – 2 win with a stunning hat trick. Matthew Peters was also on target in this game and continues to be a constant threat up front.

Coach, Mr Neil Armstrong, is understandably proud of the achievements of his players and commented: “We have been close to qualifying for the final of this competition in recent years and lost a close semi final last season. This success is just reward for the hard work and dedication that the players have displayed throughout the year and we are all looking forward to the final against either Ballyclare or Ballycastle, knowing that both teams will be hard to defeat.” 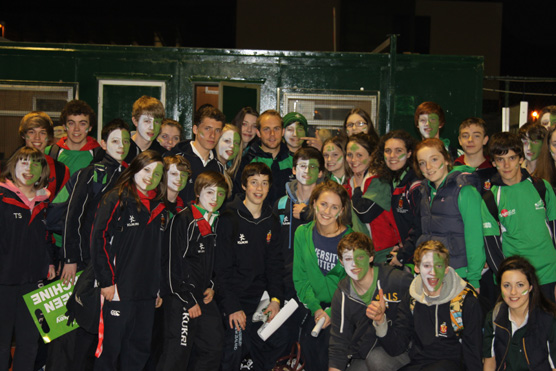 Former pupil Timmy Cockram, who recently won his 150th senior Irish international cap whilst helping the Irish team achieve bronze in the Champions Challenge in Argentina, returned to take a coaching session at Lisnagarvey Hockey Club for junior pupils. Alongside fellow Irish international Peter Carruth, a professional player in Belgium, they demonstrated their own skills before putting the young Wallace players through their paces in a series of practices to develop drag flicking and reverse stick shooting. The day ended with a question and answer session and a prize giving ceremony with Year 8 pupil Jonny Lynch and Year 9 pupil Ben Nelson scooping the prize T shirts donated by Peter. 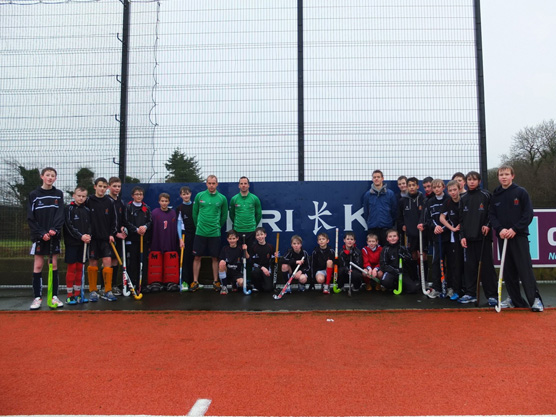 All at Wallace would like to thank Timmy and Peter for giving up their own time in the busy period running up to Christmas.
Tweet
Share
Pin
0 Shares