Since the introduction of the iPad 2 into the Key Stage 3 curriculum at Wallace, the school has been inundated with requests from other grammar schools in Northern Ireland to visit and learn more about the ways in which students are using technology in their learning. 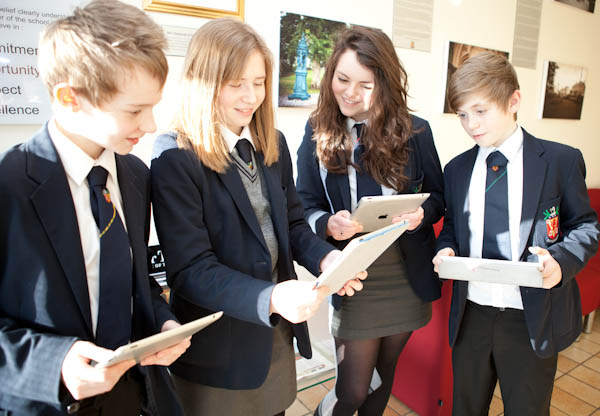 Consequently, the Principal, Deborah O’Hare, decided to offer a complementary Conference for interested school leaders in Northern Ireland. Mrs O’Hare took up the position of President of “The Association of School and College Leaders” in Northern Ireland on 1 January 2012 which she will hold for one year in tandem with her role as Principal.

It was through this Association that the conference was advertised and some 90 school leaders, mostly from grammar schools and Education and Library Boards, attended.

The conference included a strategic overview of the school’s ICT infrastructure, Wallace’s use of ICT to support the pastoral system and an explanation of the need to equip and inform young people and their parents about the immense capacity for learning within this ever evolving medium.

The assembled delegates listened in stunned silence to the impressive, humorous and highly technical presentations by Years 8, 9 and 10 students talking about how technology informs their learning.

Deborah O’Hare commented: “It was with immense pride that I listened to our young people present in such an accomplished way to the assembled delegates.”