Wallace High School has made hockey a hit with some local special education schools. Pupils from Parkview (Lisburn), Brookfield (Moira) and Beechlawn (Hillsborough) picked up some new skills alongside kids from Knockevin in Downpatrick, in what was a first for hockey in Northern Ireland, all thanks to some outside-the-box thinking from Wallace staff.

“One of our PE teachers Gareth Kidd was keen to do something for kids with learning and physical difficulties,” explained Amanda Holmes, Sports Facilities Marketing. Once Gareth had come up with the idea, The Wallace High School Rotary Interact Club (in association with Lisburn Rotary Club) stepped in to provide funding to the tune of £700 to make the event happen. 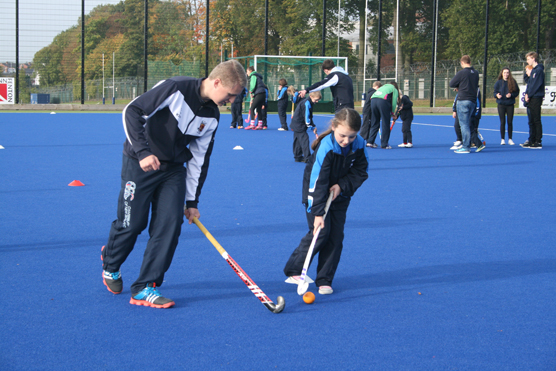 Ulster Hockey coaches, including Shirley McKay, who has over 200 Irish caps, ensured the kids received top level instruction while some of Wallace’s own hockey players lent a hand. “It was an hour, skills-based session of dribbling, shooting and passing with the coaches and 15 of our sixth form hockey players, who helped with the groups,” said Wallace teacher Gareth Kidd. “It was brilliant for them to get involved. We try to get them coaching our younger students and it was great to have them coaching other people as well.”

The kids, who have various levels of learning and physical disabilities and included four members of Wallace’s Prepatory Department, also felt the benefits of their day on the pitch. “We had 13 pupils from Year Eight and Year Nine there and they thoroughly enjoyed it,” said Beechlawn teacher Joanne Holmes. “It was very beneficial for our pupils to get into unfamilar situations and talk to different people who they didn’t know. It improved their confidence 100 per cent. Our staff didn’t even know exactly what was going to happen but once we arrived, the Wallace staff were all brilliant at making our pupils feel at ease. They adapted really well to the needs of our pupils. They had balls that were slightly bigger and all of the tasks were challenging but achievable. It was extremely well organised and all the Ulster Hockey coaches, Wallace staff and their students were all really good with our pupils, forming good friendships with them.” 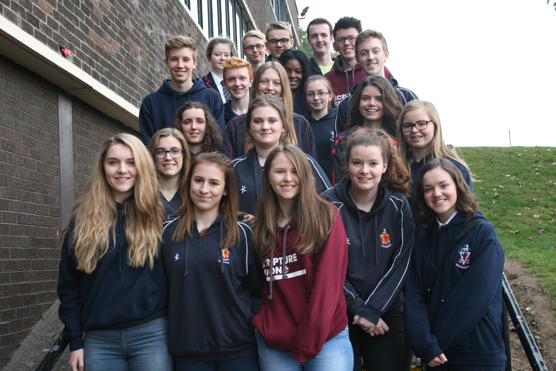 Ian Hughes, Active Communities Coach for Ulster Hockey, confirmed it was a unique event across the province. “This is something we have never done but it was a great session and all who attended were a pleasure to train and all thoroughly enjoyed it,” he said.

The Rotary Club funding provided transport from the school along with snacks and a hockey stick key-ring for the pupils. Each travelling school was also presented with a mini hockey stick, provided by Total Hockey. “It was great and fingers crossed, it would be nice to do it again next year,” concluded Amanda Holmes. “The Ulster Hockey coaches had even mentioned training the teachers so they can do continue the work at their own schools.”