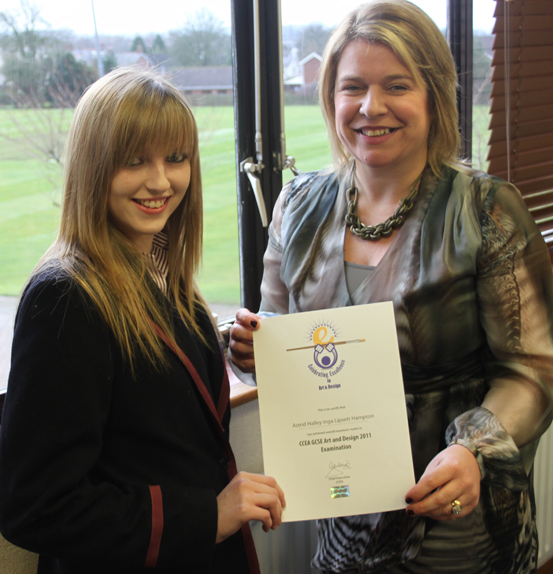 Year 13 pupil Astrid Hampton received her certificate for attaining maximum marks in GCSE Art and Design with Mrs O’Hare commenting: “Astrid’s teachers and I are very proud of this wonderful recognition. To achieve maximum raw marks in a GCSE is truly outstanding.”

The Chief Executive of the SEELB Stanton Sloan visited Wallace on Thursday to present former pupils Hannah Kee and Jordan Clements with their Pupil of Courage Awards. Hannah and Jordan are both now in first year of university, Hannah studying education and Jordan medicine. 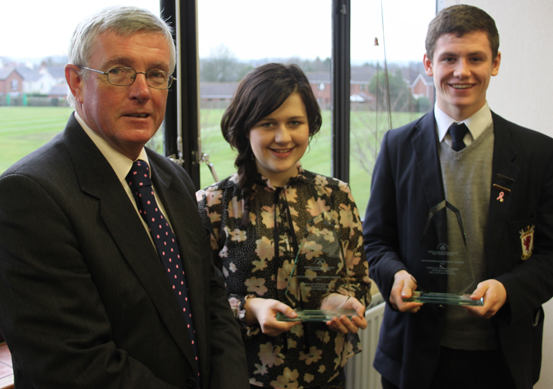 Mr Sloan spoke warmly about how they both showed courage under at times very challenging personal health conditions. Mrs Deborah O’Hare thanked Mr Sloan for his interest in Wallace and was delighted that although Jordan was unable to attend, his brother Jake received the award on his behalf.