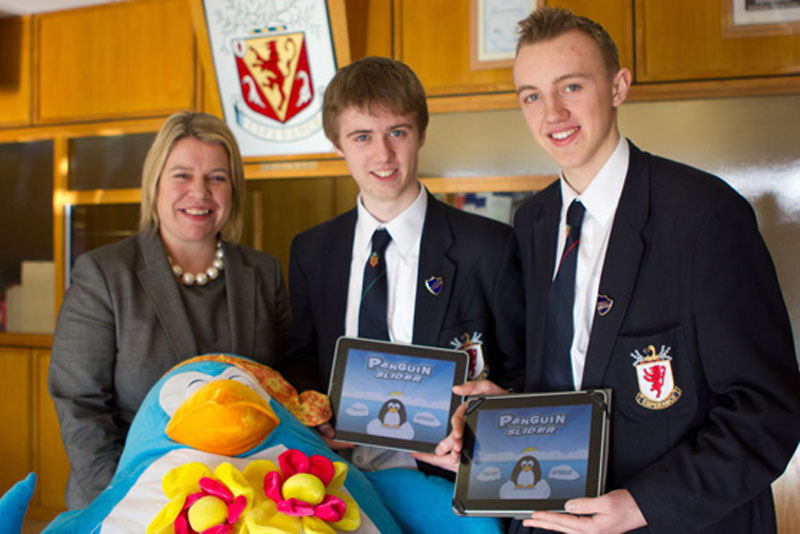 THERE has been no frosty reception for two enterprising A-Level students from The Wallace High School in Lisburn as their handiwork has landed them a place on the Apple Apps Store.

Ashley Hunter and Mark Thompson have developed an animated game called Penguin Slider for the iPad and the adventures of their little Antarctic friends is now available to buy as an App.

Ashley, and his classmate Mark both from Lisburn in Northern Ireland, are studying ICT and Moving Image Arts at A-Level, but this little piece of homework has catapulted them onto a much bigger stage. 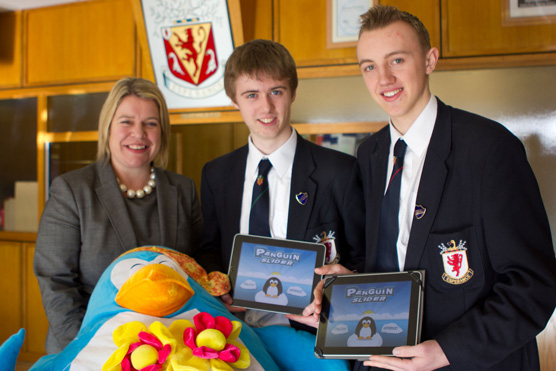 And there is the promise of much more to come for the duo, who have formed a company called ‘Velox Studios’ to market this idea and the many more they have.

Penguin Slider follows the tried and trusted platform game model where you have to use your skill and logic to guide your penguin across the ice to his final destination at the end of each level.

It sounds simple but it isn’t and of course it’s totally addictive and the pair have promised that there’s much more to come.

With more games in development for both the iPad and iPhone, and over 100 sales already of Penguin Slider, the profits will be pumped into the boys’ funds for university.

Ashley, who wants to be an ICT teacher, commented: “We are already about to release an iPhone version of Penguin Slider and we have a few other exciting ideas.”

Mark hopes to be an architect but for the moment he is balancing designing more games with his A-Level studies, and the pair have paid tribute to David Cleland, their proud teacher, for his help and guidance.

Principal Deborah O’Hare is delighted that their game has been approved for sale by Apple. “We are very proud of Mark and Ashley’s success; a key aim of Wallace is to foster and encourage innovation and creativity,” she explained. “Young people are being bombarded with negative messages about the economy, their employment opportunities and the prohibitive costs of higher education.” “It is refreshing and inspirational to see two of our students produce an app in a competitive and lucrative market.”

So there you have it, pick up Penguin Slider for yourself and see what all the fuss is about and why it promises to be an ‘ice’ little earner for these two cool operators.