The Wallace High School boys’ hockey 1st XI reached the semi finals of the prestigious Irish Schools’ tournament for the third time in four years, narrowly losing out to eventual winners St Andrew’s College in Dublin before the half term break.

Wallace were pooled with local rivals Campbell College, Munster hotshots Ashton and host school Newpark from Leinster and knew that it would take a decent performance to set up another semi final showdown. On the first day they faced Campbell and an excellent performance from the entire sixteen man squad saw a deserved 4 – 0 victory, set up by first half goals from Aaron, Ben and Andrew and sealed in the second half by a superb team passing movement finished off by Year 12 pupil Adam at the back post.

After a well deserved team meal out in a local Dublin restaurant and a stringent, player led cool down, the Wallace boys were well rested and ready to embark upon the always physically demanding second day with its two high intensity games.

First up, Ashton provided tough competition and, as a school who regularly compete in the latter stages of the Irish Schools’, the Lisburn lads knew that they were in for a hard game. A very controlled performance resulted in an excellent 3 – 0 win and, with other results in their group going in their favour, the Wallace coaching staff knew that it would take a set of freak results for them not to get out of their group. For the record, the scorers versus Ashton were Andrew (2) and Adam. This also meant that key players could be rested in the final group game that afternoon and, despite another decent performance, a late goal meant a 1 – 0 loss but progression nonetheless to the next day’s semi-finals.

As always, all sixteen teams attended the annual dinner and were treated to a superb meal and some wise words from national senior men’s coach Craig Fulton who guided the Irish team to the Rio Olympics last summer. Commenting on the high standard of the competition, he also urged the young people in the room to display a growth mindset and reach their own potential within the game, noting that many players in attendance would most likely go on to play for Ireland and hopefully achieve their own Olympic and World Cup dreams. The all important semi final draw also took place which saw the Lisburn School pitted against old rivals St Andrew’s College who had won three of the previous four tournaments. 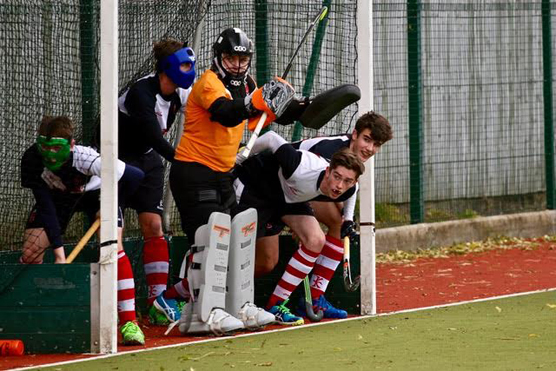 The semi finals were held at Three Rock Rovers Hockey Club which always creates a superb backdrop for big hockey games. Add in a beautiful autumnal day and a large crowd of Wallace parents and St Andrew’s College pupils, mixed with an intense North v South rivalry cultivated in the past four tournaments and all the ingredients were there for a worthy occasion.

As it turned out, the game lived up to expectations with Wallace dominating the first half and taking a well deserved lead into half time, Ben with a tap in after excellent work from Andrew. The defence, marshalled by Jordan and Patrick looked secure at all times, whilst William and Jonny were tireless and committed in midfield. Into the second half and the expected onslaught ensued. Goalkeeper James repelled the Dublin school with a series of incredible saves but ultimately two well taken goals from Irish underage international Ben sealed a narrow win for St Andrew’s who went on to beat Banbridge Academy 3 – 2 in the final. 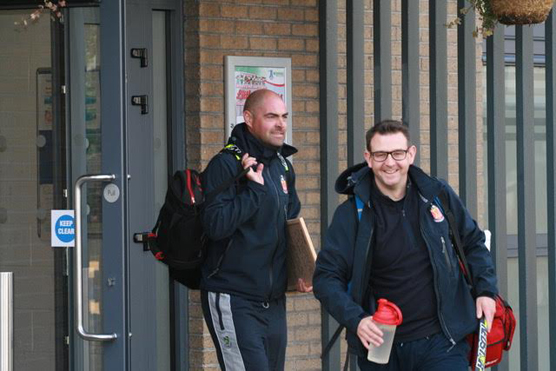 All in all, the Wallace players can be proud of their efforts. They wish to thank the coaching staff, sponsor Oasis Travel and the large band of parents and supporters who cheered them on all the way. A positive experience has them looking forward to the rest of the season.