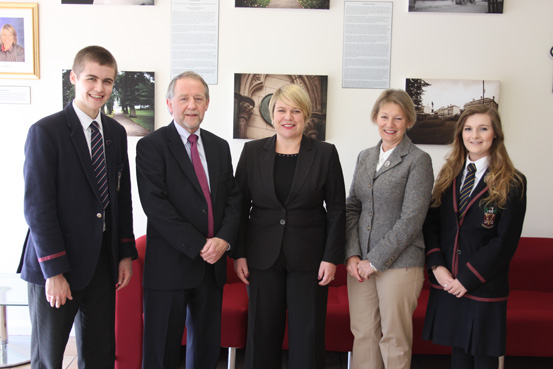 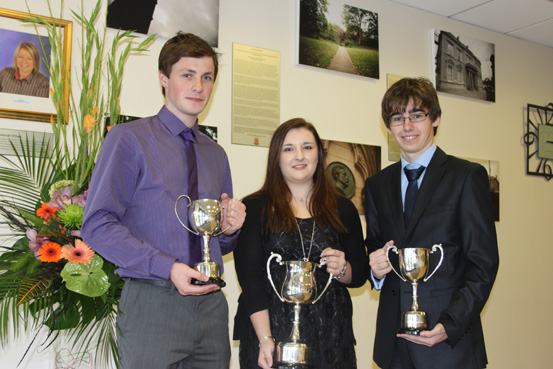 “At GCSE over sixty students achieved eight or more straight A or A* grades, whilst the school celebrated it’s highest ever achievement at GCSE Level with 99% of the grades awarded being A*, A or B.” 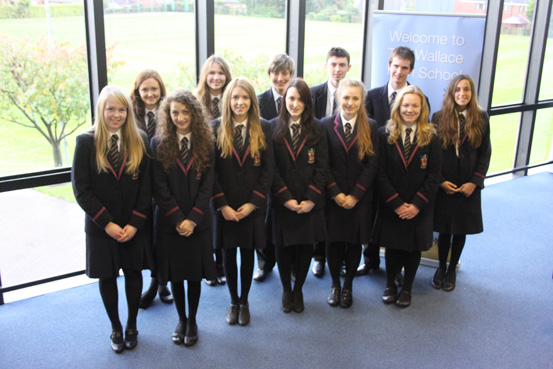 Mrs O’Hare also used the occasion to thank members of staff who departed Wallace during the last academic year, many of whom have long associations with the school as former pupils and distinguished teachers. Leaving staff members mentioned were Mrs Norma Cairns, Mr Paul McCabe, Mr Jonny McGeown, Mrs Yvonne Clements and Mrs Lois Stewart, as well as support staff Mrs Audrey Crangle, Mrs Betty Darragh, Mrs Maureen Patterson, Mrs Claire O’Neill and Mrs Jane Stewart.
She reflected on another busy year outside the classroom which included the successful staging of the Model United Nations, Young Enterprise Company ” Quirktees” being named Northern Ireland Company of the Year, the success of Capella and music in general which continues to flourish in the school, the many individual and team successes in sport and the vast sums of money raised by the charity committee. The Five Olympic torch bearers from within Wallace were also praised for the part they played in the success of the Torch Relay in Northern Ireland, whilst on a sadder note she reflected on “families who have lost loved ones”, including the Spence family tragedy in recent months.
The Chairman of the Board of Governors, Mr Graham Sutton, gave a warm welcome to the large crowd gathered in the Assembly Hall and particularly to Guest of Honour, Mr Brian Irwin, Chairman of Irwin Bakeries which celebrated it’s centenary in 2011. Mr Irwin presented the certificates and awards to current and past pupils and also spoke about the importance of communication, having the confidence to sell your ability and also how different units within an organisation must work together to achieve a common goal. 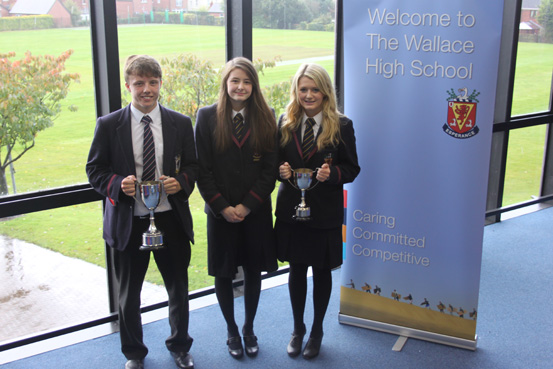 Musical entertainment was provided by the Honours Choir, Christopher Crawford and Peter Martin who played Mendelssohn’s “Scherzo in E minor” on piano whilst a photographic montage played on a big screen.
After the conclusion of the formal proceedings, guests and prize winners were invited to stay for afternoon tea in the Boyd Sports Hall where Mrs O’Hare commented: “We have all very much enjoyed celebrating the success of the young people present and listening to Mr Brian Irwin. I wish to thank him for taking time out of his busy schedule to attend this important event in our school calendar.”