Mrs Sandra McCabe, Chair of the Board of Governors, welcomed all current and past pupils to the Assembly Hall, as well as guests, in her opening remarks which were followed by Principal, Mrs Deborah O’Hare, reporting on the successes and activities in the Senior School last year.

Mrs O’Hare reflected on a very busy and extremely successful year which included a school inspection in January 2015: “We were delighted to read such a personalised report, the Inspection Team showing a genuine interest in our vision.” She also read out many of the positive comments which the school received in the feedback from the Inspection Team. 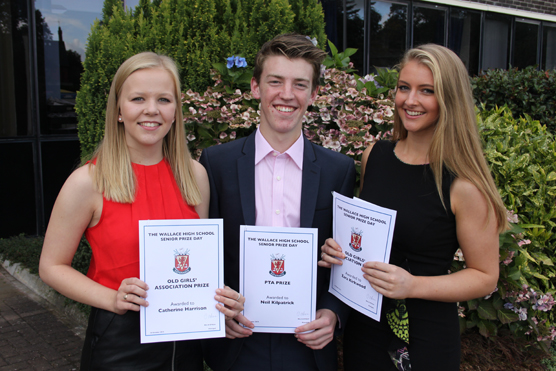 Other areas of school life were detailed including the Northern Ireland Japanese Project, the Gifted and Talented Programme including Villiers Park and UNIQ summer schools, Maths Challenges, the Sentinus Scheme, World Wide Geography, Entwined Histories, links with local and national IT companies, Scripture Union, Duke of Edinburgh and the many and varied performances by the Music Department including the brilliant production of “Sound of Music” in September 2014. 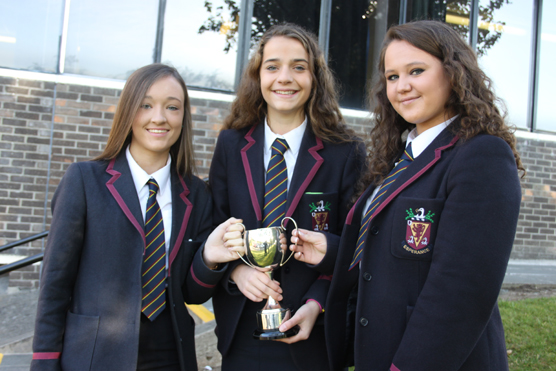 Success on the sporting field was mentioned which was recently recognised by the new Lisburn and Castlereagh City Council, whilst the superb work of the Charity Committee under the leadership of Miss Laura Topley was acknowledged. This included the Asha trip to India in October 2014, a trip which will be repeated in October 2016 with a new team.

Mrs O’Hare thanked outgoing Chairman of the Board of Governors, Mr Graham Sutton for his support and hard work over seventeen years in the position: “I am delighted that Graham and Harriet Sutton are here today to see the presentation of a new prize, The Sutton Perpetual Cup, which will be awarded annually to the student with the highest overall mark in one of the newly introduced vocational style A’ Levels.”

She concluded by reiterating how successful 2014 – 15 was for the school and quoted John Lassater, an American Film Producer and Animator who said of success : “You can achieve all the things you want to do, but it’s much better to do it with loved ones around you; family and friends,
people that you care about that can help you on the way and can celebrate with you.” 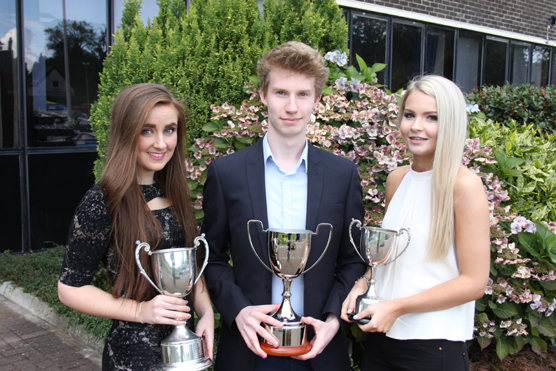 Past pupil Dr Joanne Stuart was the invited guest and proved to be a most engaging speaker. Having worked in the IT industry for over twenty five years, she was appointed to the role of Director of Development at the Northern Ireland Science Park in April 2015. She spoke enthusiastically about the importance of entrepreneurs in Northern Ireland and also the STEM subjects, namely Science, Technology, Engineering and Maths which now also encompasses the Arts. Having spoken to the large crowd she also presented the prizes and certificates to those pupils who recently received their GCSE and A – Level results.

As ever, there were various musical accompaniments throughout the Prize Giving which were received well by the assembled guests. The Orchestra played Grieg’s “In the Hall of the mountain King”, whilst Amy Warke (flute) was accompanied by Kathy Yeow (piano) for “Il Pastore Svizzero” by Morlacci. The Honours Choir also performed “That Lonesome Road” by Grolnick. 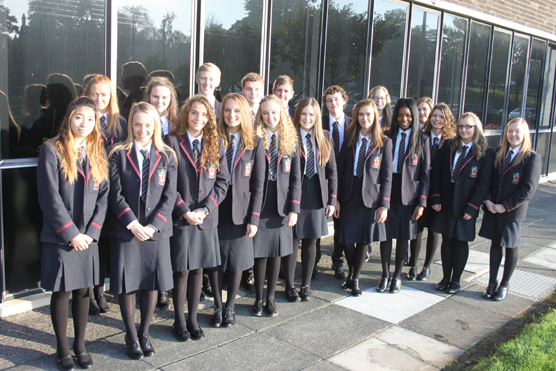 The official part of the day ended with Head Boy Jonny Stewart and Head Girl Bethany Henry thanking Dr Stuart for her attendance and presenting her with some tokens of appreciation. Many guests then went for tea and coffee in the Boyd Sports Hall which provided an informal setting for all guests to mingle and catch up.

Mrs O’Hare was understandably delighted with the Senior Prize Giving and commented: “We have all very much enjoyed celebrating the successes of the young people present and also listening to past pupil Dr Joanne Stuart. I wish to thank her for taking time out of her busy schedule to attend this important event in the school calendar.”