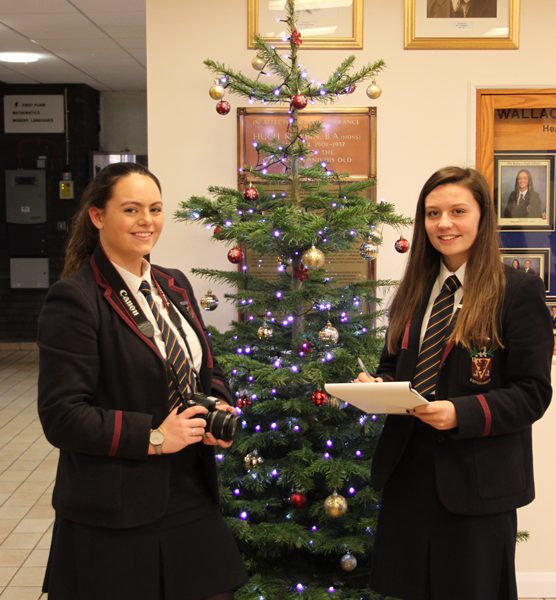 It was only a matter of time until the array of media skills amongst Wallace High School students would be given an official forum in which to contribute a plethora of talent. With many of our stu-dents already having a strong interest in various media fields, during October 2016 it was decided to form a WHS Pupil Press Team. Stacey outlined the team’s ambitions on a recent video on Fa-cebook, particularly emphasising a priority of representing the pupil voice on social media and en-couraging unity amongst our pupils with a celebration of each others talents.

One of the areas of focus for the team is the taking of photographs for official school events, extra-curricular activities and Departmental events. For example, this year representatives of the Pupil Press team Katy, Drew and Julie attended the Year 8 concert and took a variety of interesting pho-tos that were used for the concert report as well as the prospectus. Students are entrusted with welcoming visitors to our school and taking important photographs of events such as Erasmus plus, the HeartSine assembly, Competition winners and Chemistry Mole Day. Pupil involvement in photography is also an opportunity to promote charitable events within school. Our pupils took some fantastic photographs of the recent Children In Need event which were displayed on Face-book and in a recent charity article. 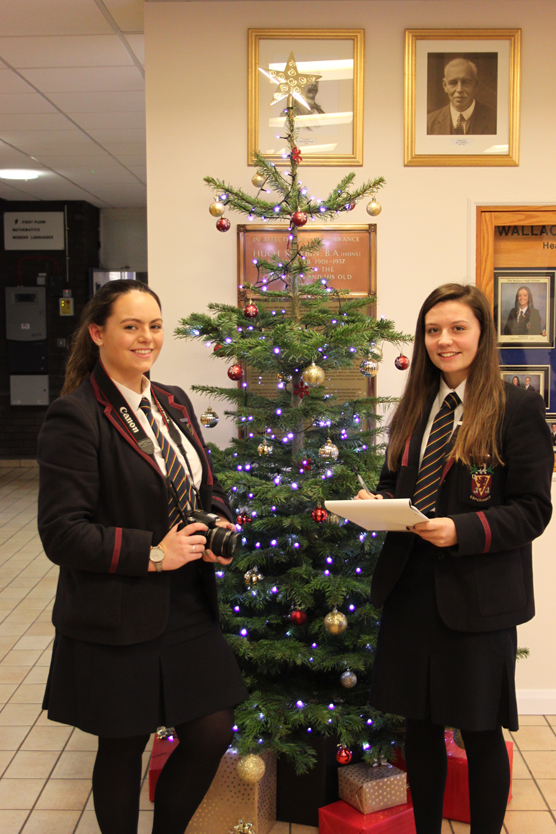 Another area of focus that the Pupil Press team are particularly enthusiastic to develop is the pro-duction of school videos to create further interest in our social media. Before halloween two pupil videographers, Stacey and Charlotte, filmed the halloween video much to the enjoyment of Year 8 pupils and staff who took part. Bethan, an U6th student, has also displayed brilliant ability in media, including the directing of films and recording the recent Poppy Appeal video. During the festive season students are continuing to practise their filming skills with the recording of a popular Christmas song featuring a variety of students and staff. Lower Sixth students, Bethany and Ra-chel, have enjoyed learning from and working with our Upper Sixth students in the making of this short film. The team will be recording and uploading other festive videos to social media in the coming days so watch out for those!

The Pupil Press team are displaying the quality of reliability as they can be called upon for taking photographs with short notice or invest hard work creating films such as the recent Asha Team’s video. Miss Walsh, leader of the Asha team commented, “It was wonderful to have some of the WHS Press Team on our team. They used their expertise excellently to write updates for the WHS Asha Facebook page and record invaluable footage for our Asha team video.” Senior teacher Miss Brown states, “It is great to see our young people investing their media skills with the Press team and I have been impressed with the students who have organised photographs for the Languages Department.” Jessica, from Lower Sixth, remarked, “It has been very enjoyable to be involved with other students helping to publicise events.” 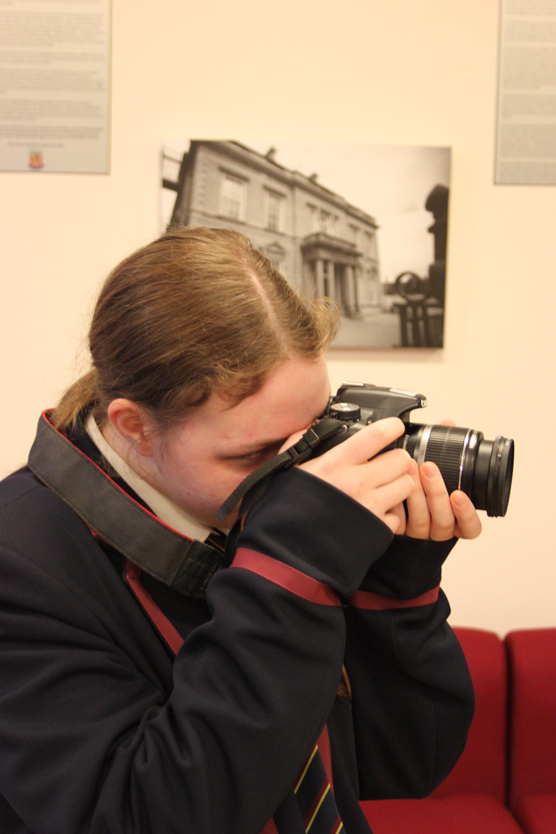 Over the course of this academic year the Pupil Press team will continue to seek ways of helping Wallace High School in the area of publicity and help to create interest for our own students in supporting each other through social media. They are keen to encourage students, family and friends to follow WHS on Twitter, Facebook (taking account of age restrictions) and the website as they represent the pupil voice on social media.