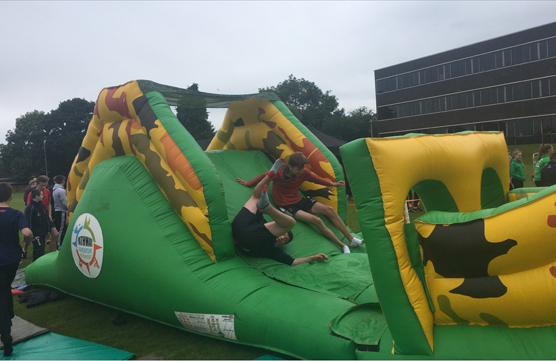 Year 8 – 11 pupils at The Wallace High School enjoyed their last few days of this academic year as they took part in the annual “Beyond the Classroom” experiences.

As ever, the event proved highly popular with pupils and staff alike as they took part in a series of activities designed to assist academic learning outside the normal confines of the classroom and also to set challenges for all involved.

Year 8 pupils were involved in two days worth of activities as, on Monday, they took part in House games at the front of school and also the Wallace Walk. The House games were organised and facilitated by Mr Simpson and Mrs Elliott and gave the new House captains the opportunity to get to know some of the younger pupils in their House before next year. The Wallace Walk was, as ever, expertly organised by Mrs Dumigan and Mrs Weir and gave our younger pupils the opportunity to find out about the history of their school and its famous founder Sir Richard Wallace. The Mayor of Lisburn and Castlereagh, Councillor Brian Bloomfield, was also present and, as a former Vice Principal at the Lisburn school, took great delight in mixing with the young pupils in Wallace Park. On the Tuesday Year 8 pupils enjoyed a fascinating visit to Dundrum Castle where they took part in activities organised by Mr Armstrong and his History Department. 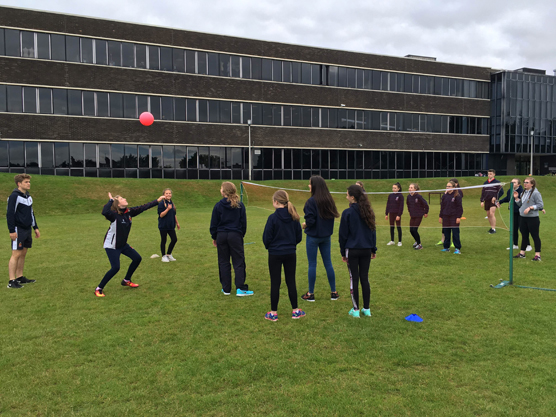 On the same day Year 9 pupils headed to the Murlough Bay where they engaged in activities designed and carried out by the Geography Department. Pupils worked within their class sets and, despite the inclement weather, carried out exciting and diverse activities such as designing beach art, sketching of the Mourne Mountains and beach games. Unfortunately the poor weather put paid to the planned excursion to Maud’s for a well deserved ice cream but nonetheless a good day was enjoyed by all. 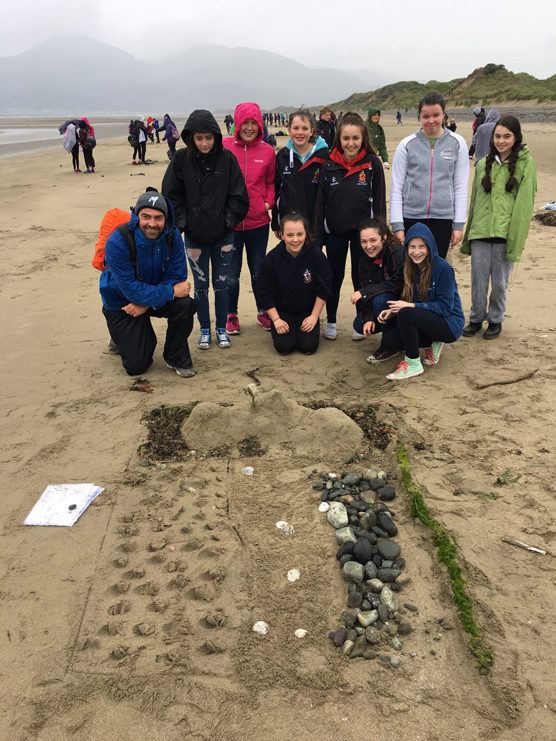 Year 10 and 11 pupils all stayed at school and enjoyed a diverse range of activities with the younger age group taking part in an exciting Technology Challenge and adventure activities organised by “Pathway Adventure Activities.” Year 11 pupils were taken through Heart Start by the school nurse, whilst also having the opportunity to take part in a Shakespeare Day facilitated by the English Department or a Charity Challenge run by charity coordinator Miss Gracey.

Commenting on “Beyond the Classroom 2016”, organiser, Mr Jonny Reid said: “Beyond the Classroom is now a well established annual event which our young people really enjoy. Despite the poor weather on Tuesday the pupils and staff got stuck into the wide range of activities on offer and got a real sense of satisfaction from the various events. It’s a great way for everyone to end the academic year and I wish everyone now a safe and enjoyable summer break.”