Wallace Pupils Go “Beyond the Classroom”

The Wallace High School concluded the 2014/15 academic year with their annual “Beyond the Classroom” experience for pupils in Years 8 to 11.

As ever, the event proved highly popular with pupils and staff alike as they took part in a series of activities designed to assist academic learning outside the normal confines of the classroom and also to set challenges for all involved.

The event kicked off with Sports Day which was, as ever, expertly facilitated by the PE Department and for the first time ever held at the front of school. This proved to be an excellent venue and a natural amphitheatre and, with the PTA providing a well stocked tuck shop, a good day was had by all. 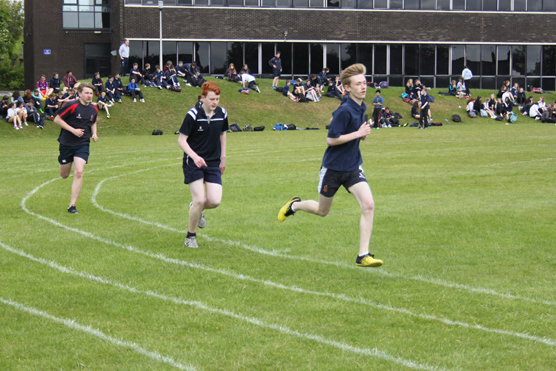 On the afternoon of Sports Day, pupils in Year 8 took part in the Wallace Walk which was well organised by Mrs Dumigan and Miss McGarry. This walk gives pupils in Year 8 the opportunity to find out about the history of their school and its famous founder Sir Richard Wallace. The Mayor of Lisburn and Castlereagh, Councillor Thomas Beckett, was also present and took great delight in mixing with the young pupils in Wallace Park. 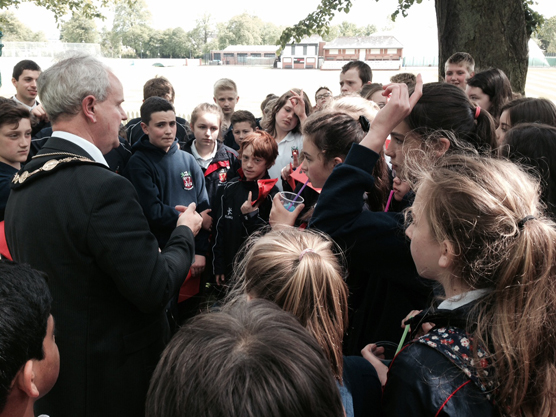 Year 8 pupils also visited Peatlands Park near Dungannon where they took part in activities organised by the Biology Department. These included taking samples from ponds, working with quadrats and various walks which looked at the environment surrounding them. Fascinating insights were given by Head of Department, Mr McKnight, and his team and all pupils left the Park happy after a great day out. 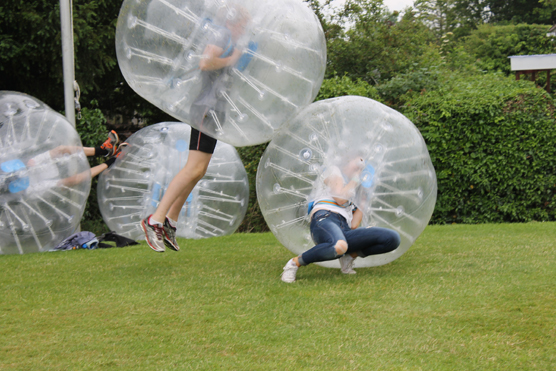 On the same day Year 9 pupils headed to the Giant’s Causeway where they engaged in activities designed and carried out by the Geography Department, whilst Year 10 took part in Pathways Activities at school which included laser shooting, archery, body zorbing and a mobile climbing tower. After this morning session they were given the opportunity to participate in a soccer tournament on the astro turf pitch, an ICT event or an Indian experience. Year 11 pupils had an action packed day as they took part in “The Wallace Challenge” which included charity, house and technology challenges in teams.

Commenting on “Beyond the Classroom 2015”, organiser, Mr Jonny Reid said: “Beyond the Classroom is now a well established annual event which our young people really enjoy. It’s great to see them getting opportunities to experience things that are outside the daily classroom routine and they gain some valuable experiences as a result. I would also like to thank the staff who organised events and supervised the pupils on trips away from school and at the events at Wallace.”

Beyond The Classroom Sports Day