This is undoubtedly the final that most neutrals want to see with Wallace aiming to bring the prestigious trophy back to Lisburn for the first time since 2001 when they shocked a strong RBAI team 3 -2 at the old Lisnagarvey Hockey Club ground at Blaris. In that team was 160 cap Irish legend Timmy Cockram, whilst Year 10 pupil Mark Robinson scored the winning goal. Current Geography teacher and under 14 hockey coach Mr Simpson was also a part of the team who triumphed against the odds with Ian Davidson the inspirational captain.

Wallace have enjoyed an excellent season so far having reached the Irish Schools’ semi final where they were narrowly beaten by the eventual winners St Andrew’s College and also having clinched the pre Christmas McCullough Cup where they defeated local rivals Friends 3 -2 after extra time.

They have certainly reached the final the hard way having accounted for strong hockey schools RBAI, Campbell College and Friends on the way. The 5 – 2 semi final win over Friends at a packed Lisnagarvey Hockey Club owed much to a superb second half display which saw Wallace score four unanswered goals. Top scorer Daniel Nelson was on target in the first half whilst Andrew O’Hare, Scott McCabe, Ryan Getty and Jack Wilson were the second half scorers.

Banbridge eased through to the final with a comfortable 6 – 1 victory over Regent House and Wallace captain Ross Kelly knows that they will be tough opponents: “Banbridge have an excellent recent record in the Burney Cup and will be going all out to win. We have prepared well for the final and can’t wait to play in another final in what is sure to be an exciting game in front of a massive crowd.” 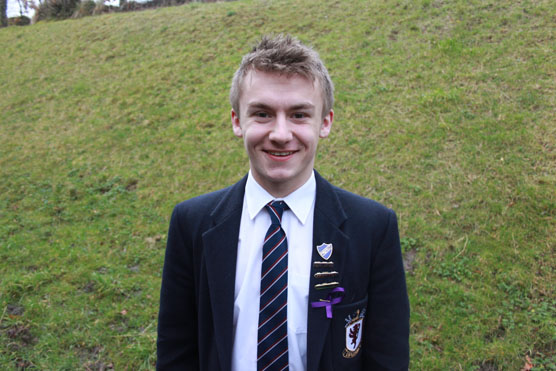 He continued,”The players have enjoyed playing in front of large crowds this year and I would encourage as many current pupils, past pupils, families, friends and members of the Lisburn community to support us in our quest to bring the Burney back to Wallace for the first time in thirteen years.”

Entry to the game is £3 for adults and £1 for children which can be paid at the gate. A large crowd from Wallace will be travelling out on buses, whilst the usual face painting will take place throughout the day. Miss Topley will also be selling some Wallace merchandise throughout the week of the final. 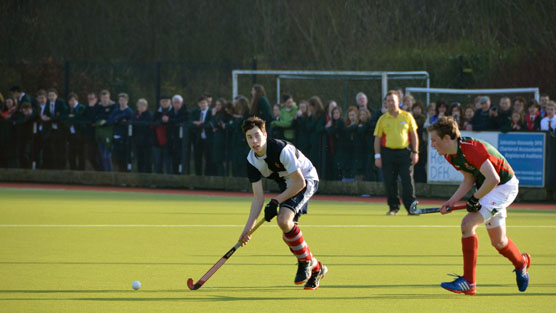