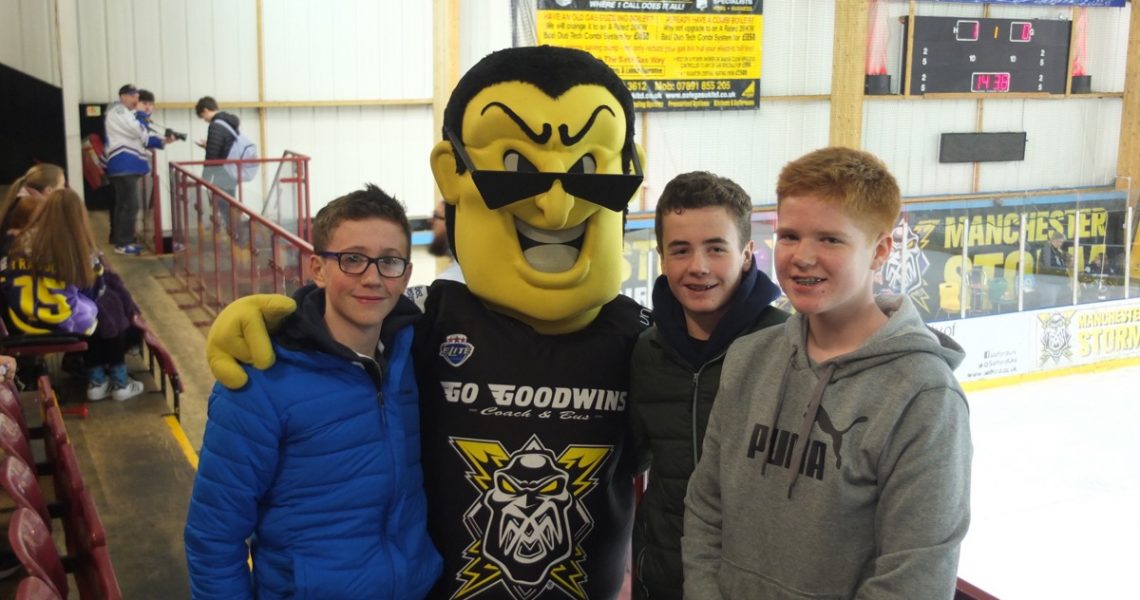 Forty-one junior hockey players recently returned from an enjoyable three day trip to Manchester which included an unforgettable day out at Old Trafford!

The squad left early on the morning of Friday 3rd March and, transported by Richmond Coaches, made their way from Dublin to Hollyhead and on to Manchester Grammar School to begin our first hockey matches. Three of our teams played matches against this prestigious school, whose most famous ex pupil is former English cricket captain Mike Atherton, with one win, one draw and one defeat. The under 14 team produced an excellent display to win 3 – 1 with goals from Jacob Williams, Daniel McElhinney and Max Taylor, whilst the under 13s lost 2 – 0. The most exciting game saw the under 15XI draw 3 – 3 with their English counterparts; Ben Clarke, Eric Vuong and Tim Curragh were on target for the Lisburn school.

A quick trip to the hotel followed the Friday afternoon hockey before all members of the tour group departed for a well deserved McDonalds and a night at the Manchester Storm versus Cardiff Devils ice hockey match. All involved really enjoyed the evening with special thanks to Manchester Storm Chief Executive Neil Russell for organising the tickets and his hospitality. 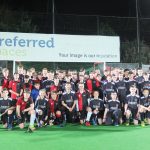 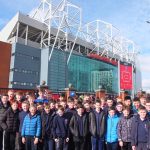 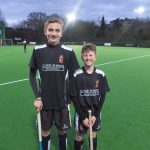 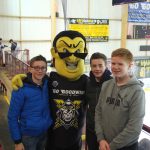 After a well earned night’s sleep and a hearty breakfast the tour squad departed for the 12.30pm kick off at Old Trafford between Manchester United and Bournemouth in the Premier League. Even the non United supporting pupils (and staff!) seemed excited by the prospect of seeing some world class players in action and being part of a 74,000 capacity crowd! The match itself was one full of excitement and, despite the 1 – 1 score line, there were plenty of incidents to discuss on the bus after on the way to Bowden Hockey Club for the evening games. A quick visit to the Old Trafford megastore saw many pupils avail of the opportunity to buy some merchandise for themselves and family members at home.

It was a joy to play at Bowden Hockey Club, an old school hockey and cricket club with a beautiful clubhouse, welcoming members and outstanding hospitality. Our squad was split into three teams with mixed age groups, who played three twenty-five minute games against a Bowden team featuring two English under sixteen internationals! It was a fantastic experience and opportunity, especially for some of our younger players. Some excellent hockey was played by both teams and a terrific match was enjoyed by players, staff and Bowden parents and club members alike.

After the game the boys took the chance to purchase a soft drink and chat to members, young and old, from the club (before a later than scheduled departure back to our hotel!) Here the tour squad enjoyed a well deserved Dominoes Pizza which proved popular with our famished young athletes!

The final day was mainly spent travelling and it was a tired but happy squad which arrived back to Wallace on the Sunday night after an action packed trip. Special thanks should go to the staff members who accompanied the boys, Richmond Coaches who provided the transport and tickets for the football and Clyde Shanks. Thanks also goes to another anonymous backer who kindly sponsored the tour with t-shirts which the boys wore in their matches against Bowden.