Celebration of Achievement in Modern Languages 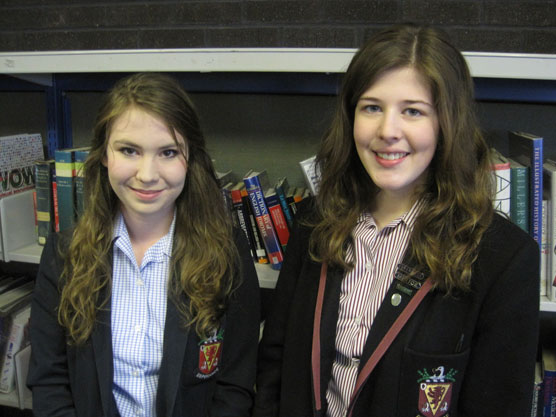 John Roberts, A Year 14 pupil at The Wallace High School recently received the medal for best speaker at an award ceremony held after the final round of this year’s French Debate Competition which took place in the Great Hall at Queen’s University Belfast.

John won this award during the second round of this year’s competition when Wallace was victorious against Belfast High School. The team subsequently made it through to the Belfast Schools’ final and was narrowly defeated by the winning finalists from Methodist College Belfast.

Congratulations also go to Jacqueline Boyes who was awarded 2nd prize in the Santander Spanish Essay Competition. The prize consists of a scholarship to Queen’s University of £500 and Jacqueline’s success also brings the School a sum of £250 for the purchase of books to support the teaching of Spanish.

Sarah Stevenson (Year 13) and Chloe Carson (Year 11) have been selected to take part in a 2 week course in Germany in August. This course is run by UK German Connection and offers a great opportunity to young people to immerse themselves in German language and culture. Previous participants from Wallace have benefited hugely from this experience and both girls are delighted to have been selected this year.

Alex Millar, Head of the Modern Languages Department at the school is understandably delighted with the success achieved by all four pupils and commented: “I wish to congratulate all four pupils on their achievements and also thank the teachers involved who have helped them to be successful. Sarah and Chloe should have a fantastic experience in Germany, whilst Jacqueline’s success will benefit all pupils in the school who study Spanish.”