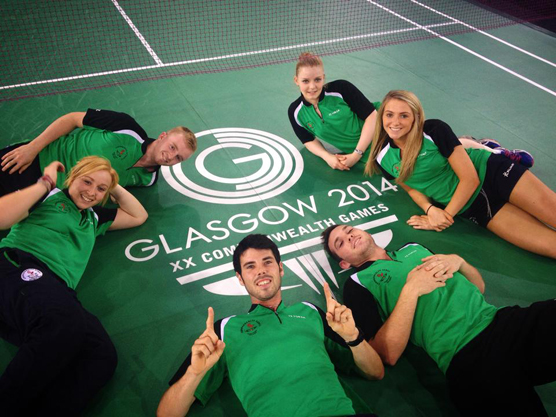 We were very proud last year to find out that two of our pupils had been selected to represent Northern Ireland at the Commonwealth Games in Glasgow in the summer of 2014. Now that the dust has settled Year 11 student Rachel Bethel (swimming) and Year 14 student Alannah Stephenson (badminton) took some time out to share their experiences and some great photos too. Hope you all enjoy their insight into being an elite athlete.

When and how did you find out about your selection for the Commonwealth Games?

2. How did you feel when you found out that you were going to Glasgow?

RB When I first found out I was selected it was a relief because there was a period of time between the qualification period and when the team was announced. It was incredibly exciting to be representing my country in the Commonwealth Games but also very nerve wrecking.

AS When I found out I was going to Glasgow, I was almost relieved. I was glad to be close to home, and although my older brother, Tony was there, there were still times were I got slightly homesick. From what Tony has said the living conditions we were in were ten times better than India, so I was also very grateful for that.

3. Alannah, I know that you were part of the Opening Ceremony. Can you describe the occasion in your own words please.

To be a part of the opening ceremony was a great honour for me. It’s hard to believe looking back on photos from newspapers and online that I was there and apart of the great atmosphere. The set up was fantastic and the crowd were incredible. I was slightly nervous walking into the opening arena with thousands of people there, but it all disappeared instantly after walking into the light of the Ceremony.

4. Rachel, you were competing the next day and missed the Opening Ceremony. Did you get to attend the Closing Ceremony and if yes how did you enjoy it?

I had to leave the village when the swimming was finished because I was under 18 but I flew back over to Glasgow to attend the closing ceremony. The closing ceremony was one of my favourite parts of the games. I watched parts of it on tv when I returned home and the tv footage did not live up to how amazing it was to actually be there. 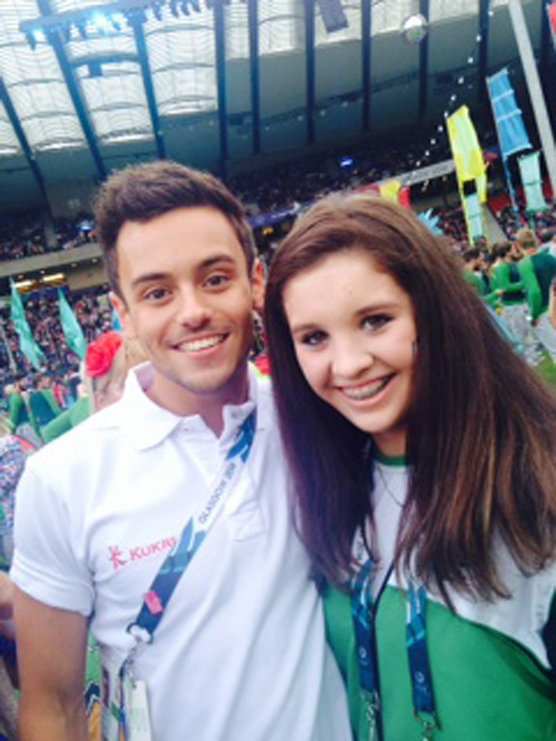 5. What was it like to live in the Athletes Village? Did you meet any really famous sports stars? Most importantly, any selfies with said sports stars?

RB Living in the athletes village was an experience in itself. The village was huge and contained thousands of athletes from a range of sports. I met a lot of famous swimmers including Chad Le Clos, Fran Halsall, Ross Murdoch, Michael Jamiesson, Robbie Renick and even though she wasn’t competing I got to meet Rebbecca Addlington. I also met Tom Daley.

AS Living in the athletes village was fantastic. I was in a room with 23 other people, so I had the opportunity to socialise and make new friends in my spare time. The dinner hall was open 24/7, with a range of foods, from all over the world. I was able to get a quick picture of the Queen and Kate Middleton, and a picture of Tom Daley. I also got the chance to speak to Lewis Smith, after seeing him out in Glasgow.

6. How did you both get on in your individual events? Were you happy with your own performance?

RB I came into the games having picked up an injury in Manchester in June. The timing of this couldn’t of been worse for me so I feel incredibly lucky to have been fit enough to compete a month later. 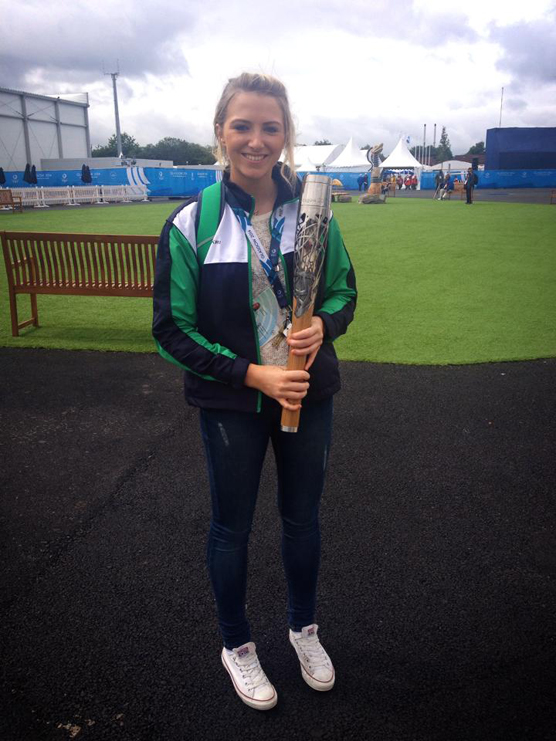 7. Did you receive much support from your friends in school and from the wider Wallace community?

RB Yes, my close friends have been very supportive. It’s not always easy to be away training so much especially at weekends and holidays and I’m lucky that I have people I can count on both in and out of the water.

AS Whilst I was in Glasgow I received great support from all of my friends in School, wishing me luck and watching all of my games. Wallace High were also extremely supportive, especially all of the teachers, due to the amount of school I have missed to be apart of the Commonwealth Games, if it weren’t for their support this year would have been a lot more difficult.

8. What were your personal highlights of your time at the Glasgow Games?

RB The main highlight of my time at the Commonwealth Games was making two finals in the relays, this was an incredible achievement for Northern Ireland. I also met some amazing people and gained valuable experience.

AS My personal highlights of the Games, were the closing ceremony, and the atmosphere from the crowd whilst being out on the court. Whilst playing, all parents were supporting, cheering and waving flags. As well as others even from different countries. The closing ceremony was a personal highlight for me, due to the friendly atmosphere created by different athletes as well as the crowd. However, most importantly, being able to compete in the Games with my brother, made it even more memorable for me. 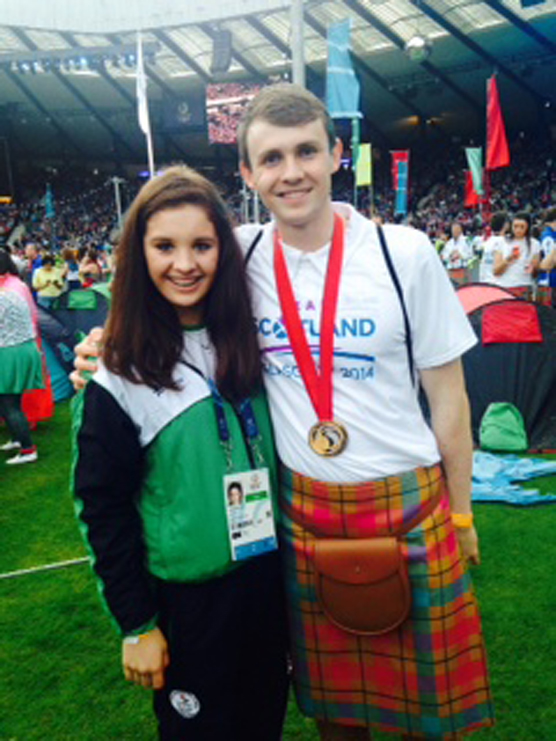 9. What are your goals for the coming year and years in terms of your sport? Are you keen to try and make your sport your career?

RB Like most athletes my goal is to go to the Olympics. Rio 2016 isn’t far away and that is my goal for the next couple of years but 2018 Commonwealth Games and 2020 Olympics are my main goals. I hope to compete competitively in swimming for as long as I can.

AS Unfortunately, I will be taking a year out from my sport to concentrate on my A Levels. I will still continue to play socially and tournaments at home, however it is my goal to get a space at university and become a primary school teacher which is a very competitive course.

Rachel and Alannah, thanks for taking the time out to answer our questions and good luck to you both for your futures both on and off the sports field from all at Wallace.