The Wallace High School have enjoyed a successful start to the cricket season with most teams progressing well in their respective cup competitions and all teams playing their part as the Lisburn school have reached the semi finals of the McCullough Cup, a league format where they will now play the winners of the Belfast group.

Mark Hylands and Ryan Moore have led the way for the 1st X1 who will play local rivals Friends in the quarter finals of the Ulster Bank Schools’ Cup. Hylands in particular has been in consistent form with the bat, scoring a number of attractive 40 and 50s. He also was instrumental in the 10 wicket defeat of Carrick Grammar School in the previous round of the Schools’ Cup, hitting an unbeaten 48 not out as the Lisburn school triumphed by 10 wickets. Individually Hylands and Moore, alongside captain James McCallan have been nominated for an Ulster Schools trial which will take place in the coming weeks. 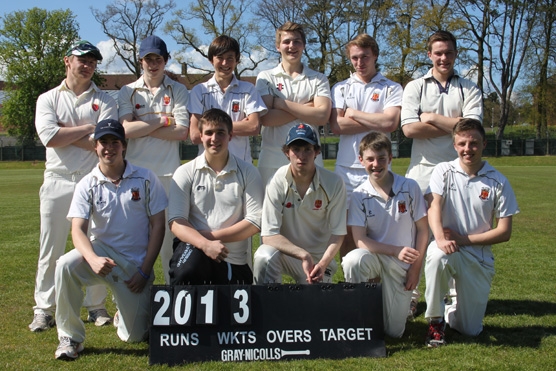 The under 15 team have been a little inconsistent, losing a series of tight games after a positive and winning start to the year. They were narrowly defeated by Grosvenor Grammar in the first round of their cup competition, a loss that was hard to take as Grosvenor needed three runs from the last ball which they managed to achieve. Toby Kerr was the standout performer in this game with the ball taking three cheap wickets and helping to put the team into a winning position before the heart breaking final ball. A win against Parkhall in the plate competition means that they will now travel to Armagh Royal in the next round, a game they should be going into with great heart after a great victory against Sullivan last Saturday, Mark Armstrong was the man of the match with four wickets and an excellent 51 not out with the bat. Captain Ross Waite has also been selected for the Northern Cricket Union under 17 side, a great achievement for the big hitting Waringstown player.

Josh Hamilton’s under 14 team continue to improve under the leadership of coach Mr Ian Latham and will now play the traditionally strong Foyle and Londonderry College in the second round of their cup, having beaten Carrick Grammar School by 8 wickets. Matthew Miller top scored with 18 not out and has batted and bowled consistently throughout the year, whilst newcomer Andrew O’Hare continues to impress with his clean striking of a cricket ball. Craig Getty also scored an excellent 45 not out as the team defeated Belfast Royal Academy in the league fixture, Jacob Hermon hitting the winning runs with an over to spare.

The under 13s have played some very good cricket and as always under the positive captaincy of Ben Nelson play with an high intensity approach. Jonathan Warke and Nelson himself have led the way with runs and wickets, helping the team to the quarter finals of their cup competition where they will now play Belfast High School. Jonathan Waite has, like big brother Ross, also been selected for the Northern Cricket Union where he will represent the under 13 team in the coming weeks. 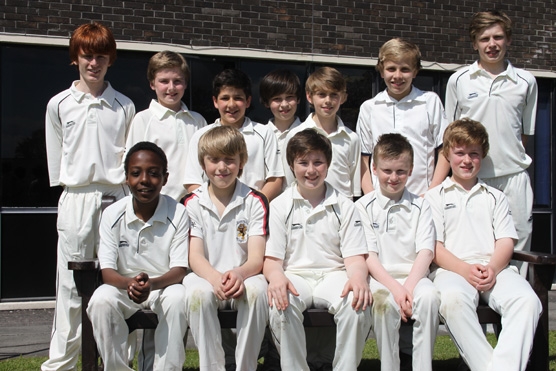 Last, but by no means least, the under 12 team continue to develop at a rapid pace and took part in one of the undoubted games of the season so far as they defeated Foyle and Londonderry College in the cup. Despite posting a low total of 44 in 20 overs, they bowled and fielded superbly to restrict their opponents to just 43, therefore winning by one run. Adam Irwin was one of many heroes as he bowled the last pressure over, holding his nerve to only concede one run and cement an unexpected victory. They will now face Belfast Royal Academy in the quarter finals knowing that a better batting display is needed for cup progression to occur. 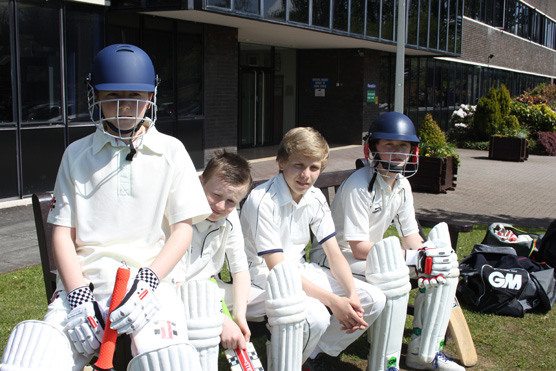 All teams will continue to play Saturday fixtures until the end of the season. Details of games can also be found @wallacesport