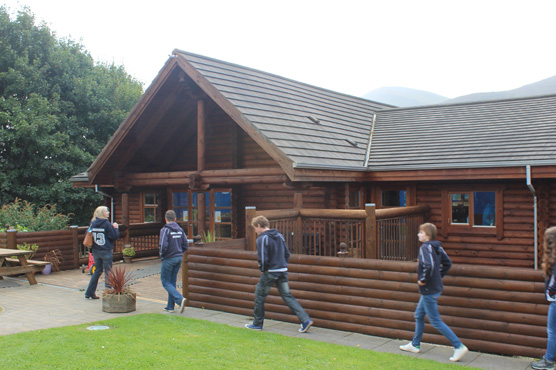 Ten year 12 students spent an inspirational day in Newcastle seeing the work of the Northern Ireland Cancer Fund for Children. Donning the obligatory hard hats and high visibility jackets the students enjoyed the privilege of a tour around Daisy Lodge conducted by the charity’s Chief Executive Mrs Gillian Creevy.  This £3,000,000 flagship project will be a world class unique institution boasting 5* facilities for young people suffering from cancer and for their families.

The Northern Ireland Cancer Fund for Children has established itself as Northern Ireland’s leading cancer charity for children ; a viewing of the existing facilities and the work in progress at Daisy Lodge reveals the reasons for their success. The commitment to excellence is apparent everywhere and such is the projected efficiency of the new building that the architect hopes its running costs will be directly comparable to its ” ancestor” Shimna Valley which was only half the size! Students listened attentively as Gillian outlined the wide range of respite provision which will be on offer to young people and their families. The accommodation will offer privacy and outstanding scenic beauty as the building has been designed to maximize sunlight and to provide panoramic views. Facilities on site will include a cinema room, a nail bar and four therapy rooms for treatments such as massage and reflexology.

The Wallace students also enjoyed a tour through Narnia, the log cabin which is usually an adult free zone. Modelled on a ski lodge type design Narnia was designed to address teenagers’ desire for privacy. The large balcony provided a scenic location for a workshop on rhythm conducted by Joe of The Gathering Drum. At least one GCSE Music student was a touch embarrassed by their apparent inability to keep with the beat Joe had selected! Schools’ worker Ruth Hobson enthralled the students by her accounts of residential weekends and outdoor pursuit activities for the teenagers who are clearly not wrapped in cotton wool!

For the Wallace students this visit had a bitter-sweet quality. They had been invited to the event in recognition of the passion they have shown for the charity’s work following the death of their former classmate Briagh Hull in 2011. Briagh’s charismatic quality is physically remembered in Wallace by the screen outside the counselling room which was officially dedicated last year. Wallace has a long association with the fund and is the most successful of its fundraising schools in Northern Ireland. The Read On , which will be held just before half term,  will be the school’s 14th Read On and the goal is to cross the £100,000 threshold.

Teacher Gareth Kidd who accompanied the members of his class set on the visit said ” I was totally stunned by the building project. The location is superb and the vision of the charity quite overwhelming. It was an inspiration to hear Gillian talk about the facilities and the programmes on offer and it really showed our students how valuable all their efforts have been. ” 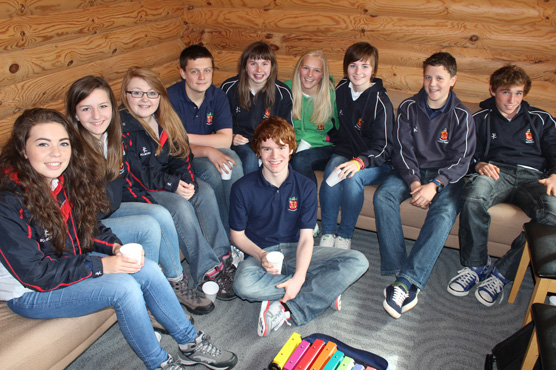 GCSE Moving Image Arts student Rachel Hanna took a record of the day and it is hoped the students will share their experiences with the wider school community through assemblies. Wallace also welcomed Mrs Creevy as their guest speaker to the Junior Prize Distribution when she spoke superbly about the work of her organisation. The Year 12 students hope to run one of their legendary bun sales and one of their number, Clare Hanna, will be completing an abseil for the fund in the very near future….hats off to her!