Dr Halferty….King of the Cupcake 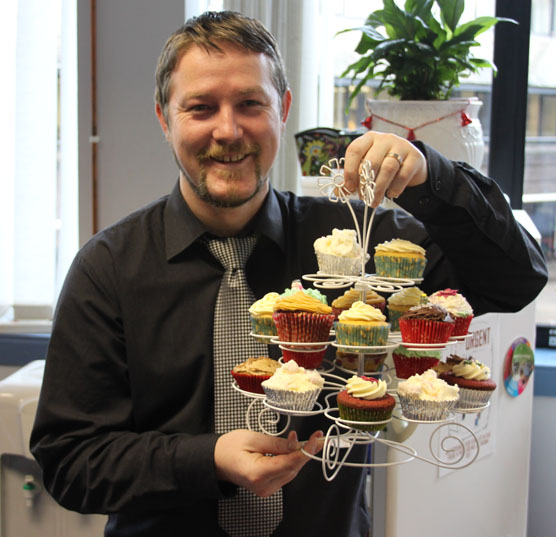 Wallace High school has a long association with the Northern Ireland Cancer Fund for Children. Key Stage Three pupils recently completed a sponsored Read-on and the staff decided to participate in another initiative run by the fund, Hug in a Mug. This is a simple idea which is proving very successful for the charity. Participants organise a coffee morning in their workplace and invite others to eat, enjoy and most importantly donate.

Wallace’s event was on Monday 12 th December and a large contingent of staff volunteered to bake. Much to the amazement of some of his male colleagues Dr Liam Halferty proved himself to be a whizz with the wooden spoon , producing a range of very attractive cupcakes. Pupils also had the opportunity to eat ,if not to bake , as the charity committee took charge of sales at lunchtime.

The event was much enjoyed by all and generated a swopping of recipes and musings about running a version of a bake off! Over £300 was raised and staff are already planning to repeat the event “bigger and better” next year.