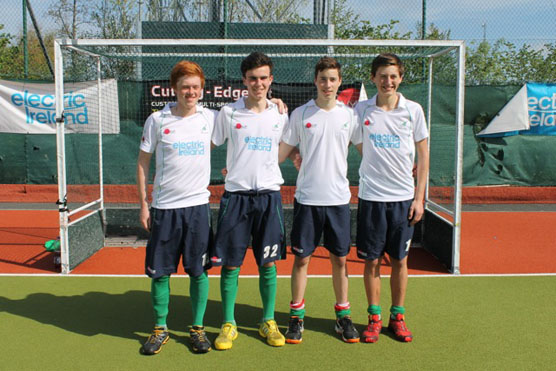 The Wallace High School boys’ hockey club concluded a successful season recently, following up their Burney Cup success against Banbridge Academy with a Richardson Cup victory and also sharing the Prior Shield.

Six of the players who helped the under 15 XI to an exciting 5 – 4 silver goal win had been part of the squad who landed the Burney Cup and their experience in big matches this season proved vital in what was an exciting and memorable match against the Academy.

In a game that ebbed and flowed Wallace seemed to have an unassailable 4 – 2 lead with minutes remaining, only for Banbridge to display their willingness to never give up and score two late goals. Andrew O’Hare was again a star man for the Lisburn school with two well executed goals, whilst Nicky Acheson and Jacob Hermon were also on target during normal time. Into extra time and Banbridge hit the post with a superb reverse stick effort before Ben Nelson broke their hearts with a well taken shot from a broken down penalty corner at the end of the first period. As the silver goal rule was in operation this meant that there was no time for a reply. 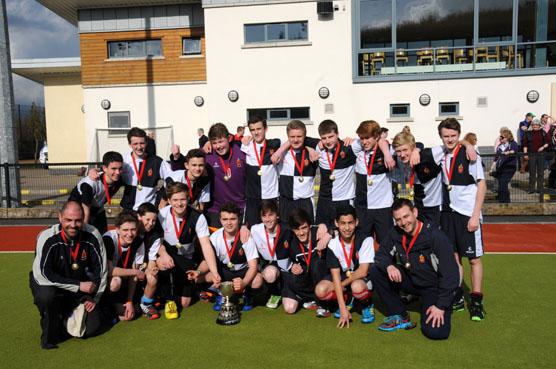 This was a well deserved victory for Wallace against a resilient Banbridge team and another great advert for schools’ hockey in Ulster. It was also a memorable victory for Wallace coach Neal McKnight who had won the Richardson Cup twenty years ago as a player for Friends and for the record the first time that Wallace have won the Richardson Cup since 1981 when Ian Watson was the captain.

The weekend between the Burney and Richardson finals saw three Wallace teams travel to Edinburgh with games played against George Watson’s College, Lorreto College and a Grange under 18 side. Overall the results and performances were positive with senior goalkeeper Fraser Rodgers (who earlier in the week had been one of the Wallace heroes in the Burney final saving two penalty strokes) scoring an excellent hat trick against Lorreto. The tour also saw the boys enjoy ten pin bowling, a walk up Arthur’s Seat, free time in Edinburgh and a final tour meal in Nandos which was enjoyed by all.

In the final week of term, the 2nd XI drew 2 – 2 with holders Portadown College 1st XI in the final of the Prior Shield to share that particular trophy. In a thrilling match, played at Portadown’s venue, Edenvilla, the Lisburn school twice fought back from a goal down and showed remarkable resilience against a very good side. Nathan Cartmill scored a well struck penalty corner in the second half to level matters having been a goal down at half time. Into the second half and Portadown took the lead with ten minutes to go, finally breaching the determined Wallace defence where captain Mark McCandless and David Arneill were outstanding. With under two minutes left, top goal scorer Luke Chambers latched onto a pass from Jonny Scott and coolly rounded the keeper to finish in style. 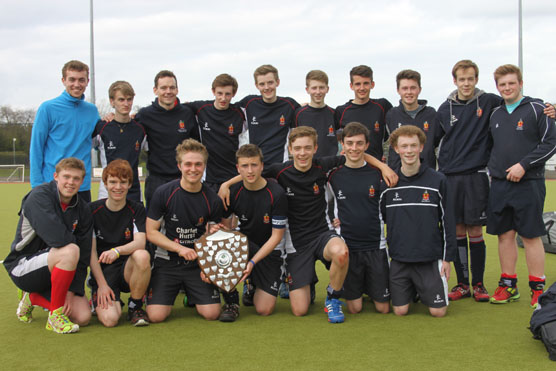 The rules of the Prior Shield state that the trophy is shared if level at the end of extra time and this is what happened after both teams had chances to win it. It was a fitting end to the school careers of Year 14 pupils Fraser Rodgers, Jonny Wilson, Mark Acheson, Luke Chambers, Andrew McNaught, Aaron Dumican and captain Mark McCandless who were immense throughout. Credit should also go to the 2s coach Neil Armstrong and manager Chris Mark for their hard work in what has been a rewarding season for all involved.

Representative honours have also been achieved by a number of boys in the school. Sean Murray, Ryan Getty, Mark McNellis and Daniel Nelson all played for the Irish under 18 side against Scotland over Easter, whilst Year 11 pupils Scott McCabe and Andrew O’Hare played for the under 16s in Scotland.

Seven Wallace hockey players represented the Ulster under 17 girls’ and boys’ hockey sides over the Bank Holiday weekend in the three match tournament against England. Playing for the girls was Zoe Jackson; the girls’ Ulster U17 team gave three strong performances with one win and two defeats. Zoe put in a strong goalkeeping performance and the girls left knowing they have beaten England.

The boys’ side had a six strong representation from Wallace with two Year 13 players, Mark McNellis and Sean Murray and four Year 11 players Scott McCabe, Andrew O’Hare, William Carey and Jordan Taggart. Sean Murray captained his side and Andrew O’Hare scored the two Ulster goals of the tournament. On a number of occasions all six players were on the pitch at the same time. The boys’ team gave three good performances, although not beating England the first two matches in particular were very close with small 1-0 defeats, showing the small margin between the two, a credit to the skill and talent of our local players and the success of school and Ulster hockey development. 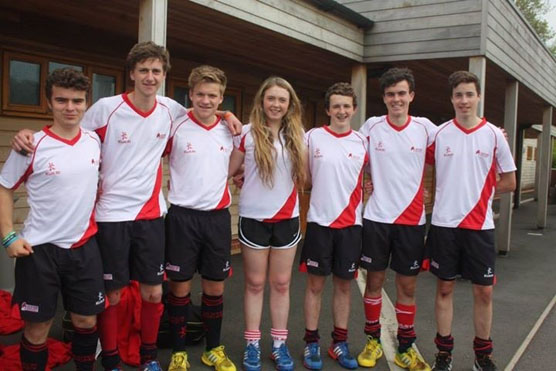 To experience the accommodation and facilities at Lilleshall was also a real highlight for our players as Sport England has invested heavily in its National Sport Centre.