For the second year running, Wallace High School has been fortunate to be invited to participate in the Co Operation Ireland’s Entwined Histories Project. Following on from last year’s very successful collaborative project between the History Department and Moving Image Arts on the Ulster Covenant, Wallace High School was delighted to once again work alongside Co Operation Ireland and three other local schools in exploring what life was like in the docks of Belfast around the time of the construction of the Titanic.

The project once again included a number of workshops facilitated by Co Operation Ireland, which also included a guided tour of the docks themselves.  Pupils investigated the history of the docks and what life was like for those working class men you risked their lives on a daily basis in some atrocious working conditions. 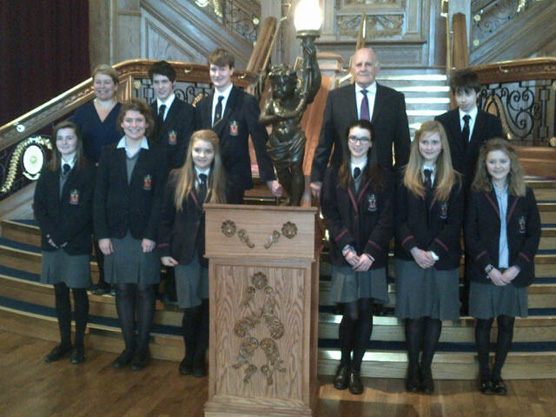 The Year 11 pupils then successfully completed a short movie detailing what life was like in the docks of Belfast during the early part of the 20th Century. Their story revolves around a young girl who discovers her grandfather’s diary, which retells a particularly tragic day in Harland and Wolff. The film was shot on location at the Ulster Folk and Transport Museum by the pupils. The pupils devised the initial concept as well as creating the story boards and script. After the filming process the movie was edited using Final Cut Pro in one of our Mac Suites.

This project creates a number of exciting opportunities for the pupils involved. Many have never worked on creating a movie and enjoyed immensely the filming and production process. It also allows the pupils to create a strong working group who took full responsibility for each aspect of the project, as well as developing their creative skills. 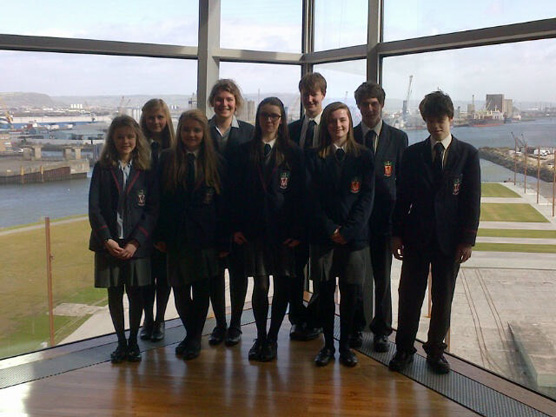 The picture was premiered as the final showcase which was held at the Titanic Belfast Centre.  Congratulations to all involved on their hard work and dedication to this worthwhile and challenging project.