Wallace has a proud tradition of Oxbridge success with 14 students gaining coveted places in the academic years 2010-14. Earlier this year former Head Boy Stephen Taylor (Oxford 2006) shared his experiences with A2 mathematicians and physicists. Stephen, now Dr Taylor, has achieved his boyhood ambition of becoming a NASA scientist! The Modern Languages department can boast of 10 in 10; 10 students in 10 years have gained coveted Oxbridge places. The school’s most recent Oxford graduate, James Thompson, obtained First Class honours in French and German from Oxford (Oriel) and has commenced post-graduate study. 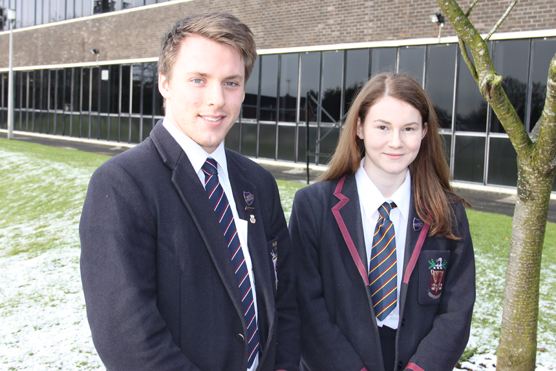 A significant element of Wallace’s Oxbridge success is the quality of preparation towards application. Gifted and Talented Co-ordinator Mr Michael Lowry and Head of Careers Mr Paul Beaton have established a strong culture of aspiration in Wallace students. Year 13 pupils are encouraged to apply for courses at Villiers Park; this scheme provides a week of university based and styled tuition and is designed to improve access to Russell Group universities. Megan Gardner (Psychology), Rachel O’Connor (Engineering), Zach Scott (Economics), Hannah Roberts (English Literature), Thomas Storey (Mathematics), Aimee McMurray (Computer Science)and Ellen Newell (Law) have all gained places for this academic year and the school has found the scheme remarkably effective in assisting pupils to gain places at the country’s most prestigious universities. Applications are currently open for the Sutton Trust which provides summer schools around the UK and several students have applied for Uniq summer school at Oxford. 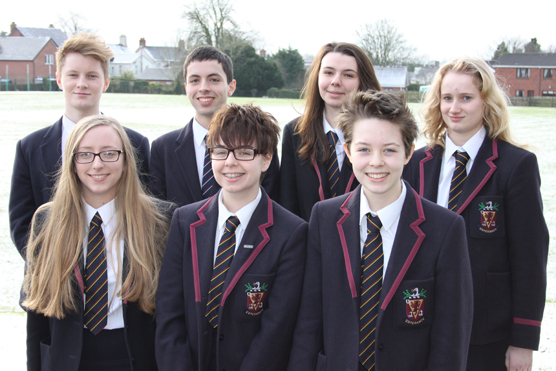 At A2 level, over 90% of grades were at A*, A, B or C, 99% of students achieved A* to D and 30 students achieved 3 or more straight A grades. A further 3 Wallace pupils achieved their Oxbridge places and the school featured strongly in the CCEA top students’ list. It is a point of particular pride that since the addition of GCSE Journalism to our GCSE choices in 2009/10 we have been placed in the top 3 every year. This year Jenny Johnston became our fourth student to “scoop” the coveted first place; she has recently completed her work experience in the Belfast Telegraph where the excellence of her work was acknowledged by the reality of column space and an accompanying photograph.

The school was inspected in January and the verdict of the inspectors was that “Standards and achievements are outstanding”. Speaking of the recent inspection Principal Deborah O’Hare said “I am immensely proud to be the Principal of Wallace High School. The school has a long and proud history of service to the people of Lisburn and the DENI inspectors warmly acknowledged that the fountain of knowledge flows freely here. Our students never fail to impress visitors both in terms of their academic excellence and their warm confidence and courtesy. Thanking my teaching staff I can do no better than quote our former pupil Chris Henry who, addressing the question of why Wallace is Wallace answered with the heart-warming assertion “great teachers who go above and beyond the classroom.” I have every confidence that as a reflective school we will continue to support our students to ever greater personal successes and that the school’s reputation as sector leading in ICT will continue to soar.”