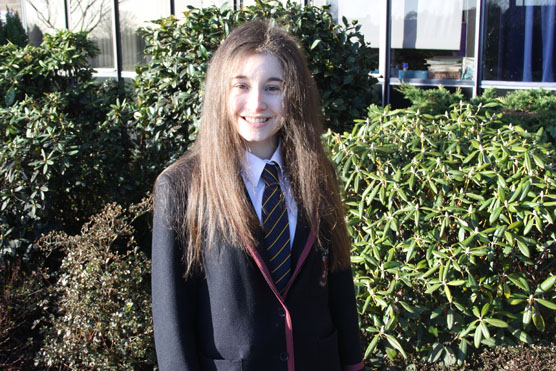 Holly McGrory, a year 13 student at The Wallace High School, has recently won a place on one of the prestigious residential courses run by Villiers Park Educational Trust for prospective Oxbridge and Russell Group university students.

Holly will attend a course focusing on the study of Psychology.

Throughout the week, Holly will experience tuition from Oxbridge academics whilst enjoying debate and discussion with other academically gifted students. Courses at Villiers Park, which is situated close to the university hub of Cambridge, are usually week long giving the young people a genuine opportunity to bond with others.

Demand for the courses has become higher every year and Wallace can feel proud of its tradition of winning places annually. The courses are specifically designed to encourage and challenge students at AS level who are considering applying for the top universities in the UK. Previous attendees from Wallace have found the experience invaluable in helping them secure and prepare for interviews for Oxbridge and other Russell Group universities.

As well as the course on offer at Villiers Park, Year 13 students are encouraged to apply for places on the summer schools run by Sutton Trust which take place at leading universities throughout the UK in a range of subject areas. Oxford University also hosts its own summer school each year, called UNIQ. As with Villiers Park, demand for places on these courses is high and Wallace has a strong tradition of students winning places on these courses annually.

The Wallace High School places a strong emphasis on providing opportunities for Gifted and Talented pupils. Miss Heather Gracey the school’s Special Educational Needs Co-ordinator and Mr Michael Lowry, the Gifted and Talented Co-ordinator, are working with pupils and staff to ensure that those who have a particular academic gift or a talent that reaches beyond the classroom are given the best opportunity to meet their potential. 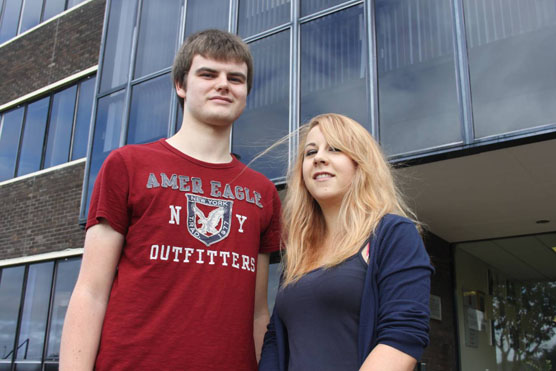 The emphasis that Wallace has placed on Gifted and Talented provision in recent years has been seen to reap rewards with Natasha Gillies and Stuart Wilson, two of the members of the record breaking class of 2013, adding their names to the school’s Oxbridge entrants. Natasha is reading Biological Sciences at Merton College, Oxford.

Stuart meanwhile, has joined a lengthy list of students from Wallace who have been successful in gaining places to read Medieval and Modern Languages at Queens’ College, Cambridge. Stuart also gained the distinction of being placed first in German in Northern Ireland. Both the former pupils had previously attended residential courses through Villiers Park Educational Trust. Three students from Year 14 will be hoping to emulate Stuart by going to Oxbridge. Chloe Carson, Rachel McGrath and Christopher Robinson have all received offers to study from September 2014. 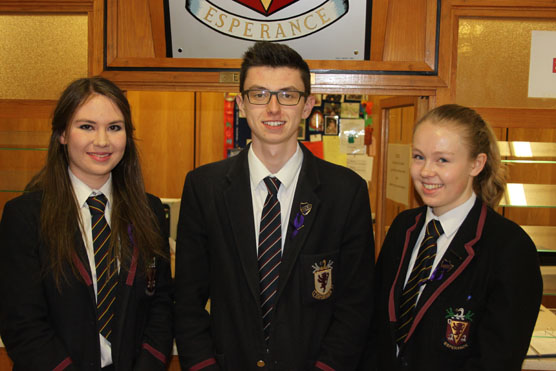 The staff at Wallace were also delighted to hear the news that former Deputy Head Girls, Anna Greenfield and Aimee Donaldson, had won scholarships to King’s College, London and Queen’s University, Belfast. In Aimee’s case, she became one of the first recipients of a scholarship under the Queen’s Scholars initiative whereby undergraduate students study free of tuition fees for the duration for their studies while representing the university in an ambassadorial capacity. Indeed, Aimee was the only recipient of a Queen’s Scholarship from a school in the greater Belfast area.

Everyone at Wallace wishes the students who have benefited from the Gifted and Talented programme all the best in their future studies.