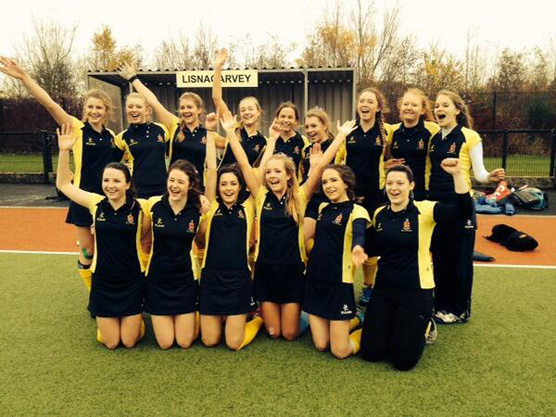 The Wallace High School enjoyed a successful weekend on the hockey pitch with the girls’ 1st XI producing a superb performance against Friends School Lisburn in the Schools’ Cup and ten Wallace boys playing for Ulster in the interpro series at Mossley Hockey Club.

Lisnagarvey Hockey Club was the venue for the much anticipated derby match between Wallace and Friends in the Schoolgirls’ Cup second round. As per all senior sporting fixtures in the school a minutes silence was held for Mr Bill Wilson before the game, a fitting tribute to a much loved member of staff who enjoyed and supported all school sports.

Onto the game itself and Wallace produced one of their best displays of the season to triumph 3 – 0, an impressive result against their local rivals. Year 13 pupil Evie Dornan was the star of the show with two superbly taken goals, whilst the impressive Laura Murray chipped in with the other. Strong defensive displays by goalkeeper Zoe Jackson and central defenders Tamilla Matchett and Zara Kirkwood ensured that any Friends threat was quickly snuffed out and the 1st XI march on to the third round against Belfast High School. This game will be played at the University of Ulster, Jordanstown on Saturday 7th December. As yet, the match time is unknown but updates will be available closer to the time on the Wallace Sport twitter feed (@wallacesport).

At Mossley, Wallace had unprecedented representation in the interpro series with five boys in each of the Ulster under 16 and 18 squads. Year 11 pupils Scott McCabe, Jordan Taggart, Andrew O’Hare, William Carey and Jacob Hermon were all key members of the under 16 squad who won all four of their games to comfortably clinch the interpro title, with Scott, Jordan and Andrew now set for Irish trials this coming Sunday. Andrew scored five goals in the four games including an outstanding hat trick in the final 6 – 1 win over old foes Leinster. 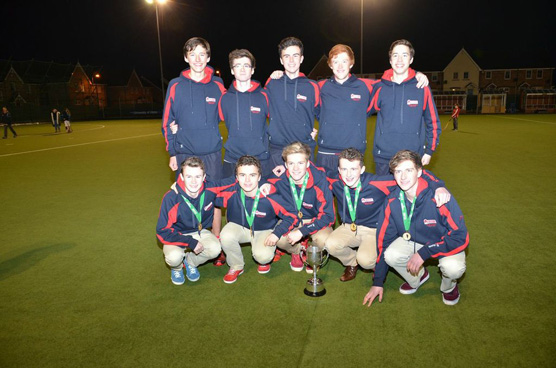 The under 18s slipped up against Munster which ultimately cost them the title, a disappointing result, particularly having drawn with and beaten a very good Leinster side. Despite this, the five Wallace representatives (Year 14 pupils Daniel Nelson and Jack Wilson, Year 13 pupils Sean Murray, Mark McNellis and Ryan Getty) were key members of the squad and this will hopefully be reflected when the Irish triallists are anounced in the coming days.

Next Wednesday also sees the boys’ 1st XI take on RBAI in the semi final of the McCullough Cup, 4pm start at Lisnagarvey Hockey Club. This is the fifth year in a row that the Lisburn school have qualified from their group and they will be looking to the ten interpro players to bring their form into this most important of games. All involved in hockey at Wallace would encourage the local community to support the boys’ and girls’ 1st XI teams in these exciting cup clashes in the next few weeks. 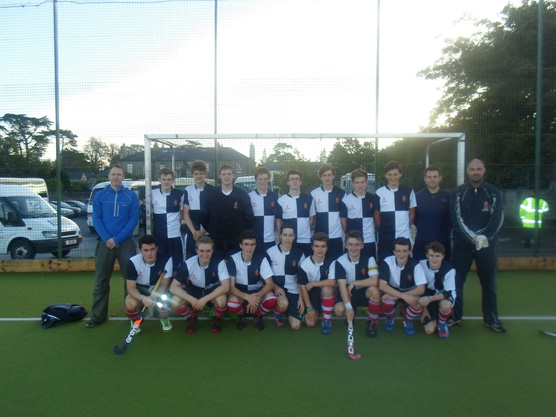