The Wallace High School House Cup winners were announced last week in two special assemblies where all pupils within the school were present.

The Boys’ House competition this year competed for the inaugural Crockett Cup, presented by the Crockett family in memory of past pupil Gareth Crockett who was tragically killed just over two years ago. Gareth’s sister Emma was present at the Assembly and awarded the cup to Hamilton House captain Cal McIlwaine. 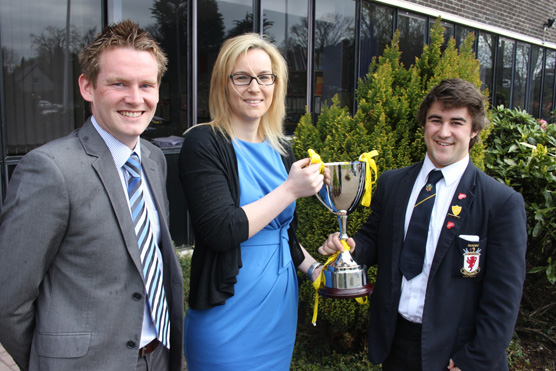 Teacher in charge of the Boys’ House System, Mr David Simpson, told the hundreds of pupils present about Gareth’s life and explains: “Gareth, who was from Moira, attended Wallace from 1995 to 2002. He was in my year and also in many of my classes. He died trying to complete a mammoth task of running four marathons and cycling 500 miles in eight days, effectively taking him from Lisburn to London. He was attempting this in aid of Leukaemia and Lymphoma Research, in memory of his friend who had died from the disease.”

He continued, “Gareth was wonderfully talented in many ways. He was a straight A student, along with being a very gifted sportsman. He was hugely competitive, but never lost his sense of fun, always thought of others and was always willing to help. What separated Gareth from the rest was his kindness, generosity and friendliness. He was everything the House system aims to be. Gareth loved Wallace and it is fitting that he will be remembered here with this House Cup, and I would like to thank his family for donating it.” 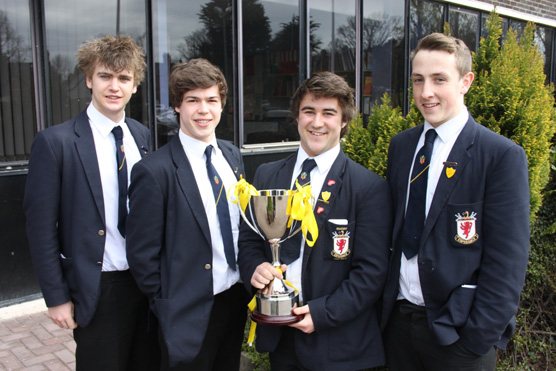 The boys competition was a real thriller as, having competed in a wide range of events from the annual quiz, charity fund raising and sports, Hamilton won the cup in the last event, defeating Conway in the hockey to claim victory by the narrowest margin.

In terms of winning margins, the girls competition was not as close but was as competitive as ever. Hanna House represented by Clare Elliott, Michaela Neill and Rachel Barnes lifted the cup, whilst Gracey were second and Seymour third. 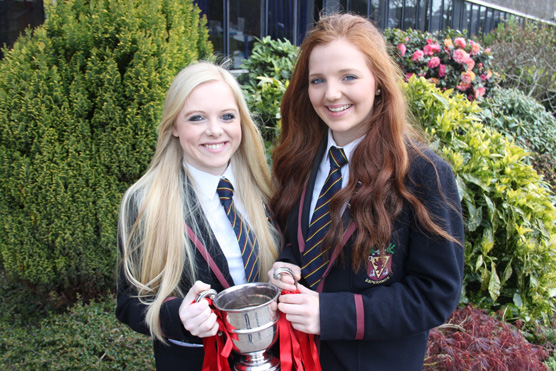 Both Mr Simpson and Miss Alana Frey, teacher in charge of the girls’ system were keen to thank and praise the work of the Captains and their Deputies. After the Assembly Miss Frey commented: “The House System in Wallace remains an important part of the pastoral care system, encouraging participation and new friendships to be made outside of class sets and year groups. The House Captains and Deputies are de facto in charge of 1/6 of the entire school every Thursday morning and it is a great opportunity  for them to develop their leadership, communication and organisational skills as well as allowing them to give back to and share their knowledge and experience with the younger years.  It is no coincidence therefore that universities are quick to make offers to those students who show themselves to be an integral part of the House System. I wish to thank them all for their hard work throughout the year and for making the House competition such fun for all involved.”