Exploring both fictional and real life heroes prompted class 9Z to hold a fundraising event in aid of the Mourne Rescue Team. The class had completed research on the work of the volunteers and designed fund raising literature. Last week they went one step further and hosted their own event with a bun sale. All sorts of seasonal delights were on offer and the event’s popularity was such that absolutely everything was sold. 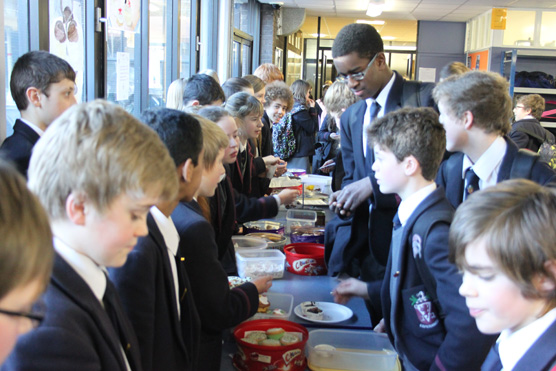 Commenting on the highly successful event Head of Year Mr Matthew Glenn noted ” The benefits of such an event are wide ranging. Pupils learn to plan, they work collaboratively and they assume responsibility for all the elements of the event. I am delighted with their initiative”. The sum raised was £320 and a further £80 was given during a weekly charity collection at Wallace. The students are looking forward to a talk in the new year by a representative of the charity and to presenting a cheque for £400. Wallace has a large and highly successful Duke of Edinburgh’s Award Scheme so many pupils are well aware of the work of the team even if they haven’t ( thankfully) needed its services.