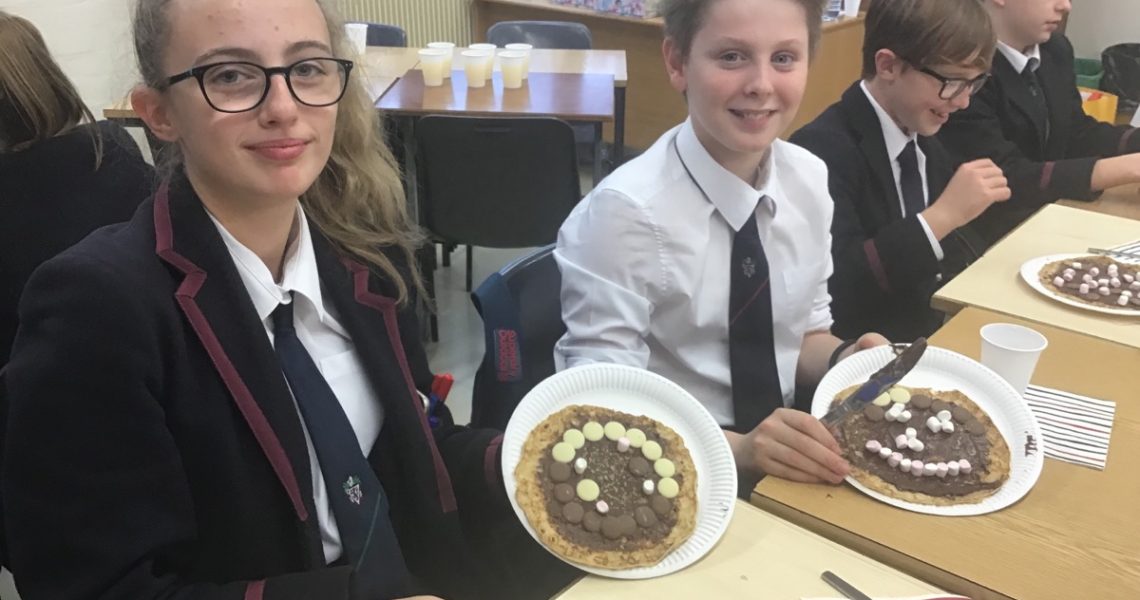 October saw the first meeting of the Wallace High School Junior Languages Club; the focus this month was all things French. Pupils from Years 8-10 met to carry out a range of fun activities including a general knowledge quiz on France, making your own Eiffel Tower out of origami and, by far the most popular activity of all, decorating (and eating) a crêpe.

Do you know the height of the Eiffel Tower or when it was built? You would if you had come to the Junior Languages Club where the quiz taught us other facts such as what snails are usually served with and the standard length of a baguette.

We also used an iPad video tutorial to construct own own Eiffel Towers out of paper. 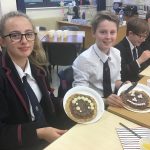 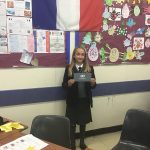 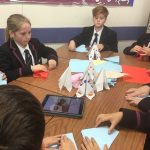 Points were awarded for each activity and the winner was Gabriela Thompsons Castrofrom Year 8 who won a voucher for The Owl and The Pussycat in Hillsborough whom we thank for their generous gift.

Thanks go to all the pupils who attended and really threw themselves into each activity and practised a little French in the process. Thank you also to Clémentine, our French assistant who ably assisted with the origami activity and marked the quizzes, to Madame Burns for her wonderful ideas and to Madame Brown for doing the shopping.

Look out for the next Junior Languages Club meeting on Monday 12th November at 3.30 in Room M222 where the theme will be España! ¿Por qué no venir y aprender un poco sobre la cultura española ?