Having applied to study French and Spanish at Queen’s next year and having received an offer of a place, the university sent an e mail informing applicants of the annual competition which is highly prestigious and open to all prospective language students. The guidelines were that applicants could write one essay in each language of six hundred to eight hundred words which could be either a creative piece of writing or an essay on a contemporary aspect of one of the countries in which that language is spoken. 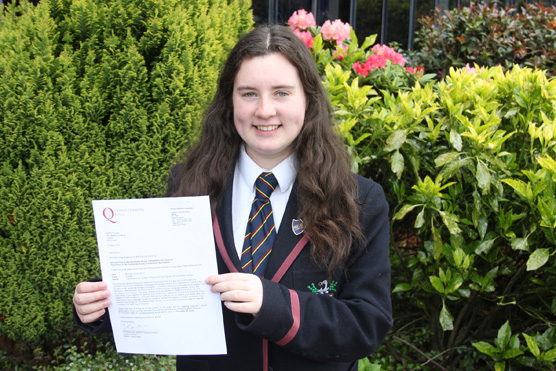 Ashton chose the themes of immigration and tourism in France and Spain respectively which she had studied as part of her A2 course and which she had found particularly interesting. She spent a week researching statistics and relevant texts on each of the themes and having completed the essays submitted them by the end of March deadline. At the end of May she was delighted to receive a letter notifying her of a second place prize in the Spanish competition and third prize in the French competition, amounting to a personal scholarship of £750. Ashton’s success also paid dividends for the Modern Languages Department at the Lisburn school who benefitted to the tune of £250.

As part of the prize Ashton and her parents, as well as Modern Language teachers Alex Millar and Pam Brown will attend the annual Queen’s School of Modern Languages prize ceremony and reception in July, an event that Ashton is very much looking forward to: “I can’t wait to attend the prize ceremony as it will help me get a feeling for studying languages at Queen’s as well as giving me the opportunity to meet some of the current students and members of staff. The essay writing competition has been of great personal benefit to me, not only because of the financial rewards, but also as a result of the confidence it has given me with regards to embarking on my university studies next year. It has taught me to make the most of every opportunity as you never know how successful you might be and is something I would recommend to students in the future who are looking to study languages at Queen’s.” 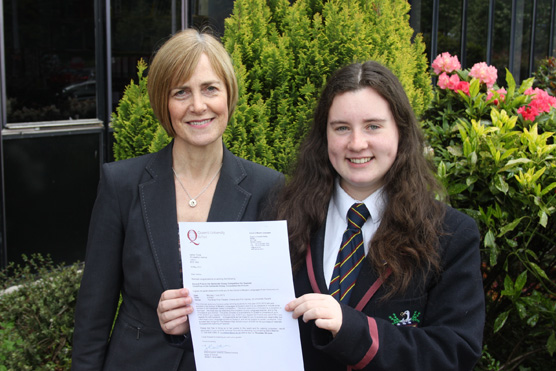 Head of the Modern Languages Department, Alex Millar is understandably delighted for Ashton: “This is a great achievement and one of which Ashton should be very proud. She worked hard to research and then write the essays and got justly rewarded for her efforts. The Modern Languages Department and pupils in the school will also benefit from her success as part of the prize money awarded.”