Life is a Canvas… Paint it with Faith 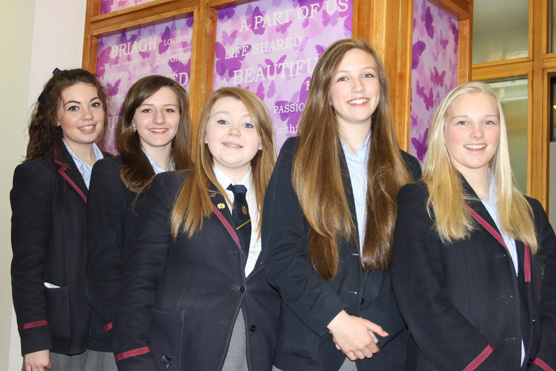 Life is a Canvas… Paint it with Faith by Heather Gracey

“If ever there is a tomorrow when we’re not together… there is something you must always remember… the most important thing is, even if we’re apart, I’ll always be with you”.

The timeless wisdom of AA Milne’s Winnie The Pooh proved a fitting introduction to a unique evening in the Wallace High School recently.  Principal Deborah O’Hare welcomed the family, friends and former classmates of the late Briagh Hull to a reception to celebrate Briagh’s life and legacy and to formally unveil the art work designed as a joyful reminder of the girl her friends affectionately called “our wee banana”. 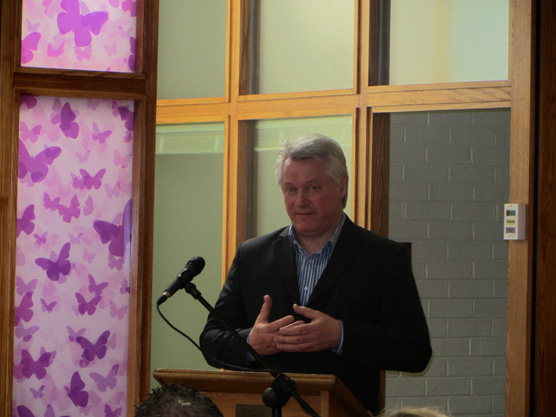 Distinguished local artist Ross Wilson spoke movingly of the impact the project had made upon him as he worked alongside Briagh’s classmates interpreting their ideas to highlight Briagh’s unique qualities.  The finished piece, formally unveiled by Briagh’s sister Caoimhe, is an engraved, coloured screen which features a repeated motif of a butterfly surrounded by a collage of quotations, reminisces and spiritual insights.  Briagh’s mother, Mrs Catherine Hull, speaking on behalf of the family, expressed the wish that it would bring peace and comfort.

Addressing the specially invited audience Mrs Hull expressed thanks to the school communities of Wallace High School and St Colman’s Primary School.  She spoke eloquently of the support and compassion shown by hospital staff and support workers from compassionate friends and the Northern Ireland Cancer Fund for Children.  Referring to the images of butterflies Mrs Hull noted their centuries old significance as symbols of renewal and rebirth.

In her introductory remarks Mrs O’Hare referred to Briagh as an embodiment of the virtues of “kindness, humility, strength, faith and charity”.  In her short but well-lived life Briagh was a passionate believer in the importance of charitable giving and this has been a dynamic, living legacy to her friends.  Speaking on behalf of the class set, five pupils (Rachel K Hanna, Clare Hanna, Bethany Henry, Jenny Johnston and Rachel Noble) shared memories of their intense friendship with Briagh and outlined their fundraising efforts which currently total over £3,600 adding to the school’s total of over £90,000.

The formal part of the evening concluded with a short address and dedication of the screen by Reverend William Henry who shared his belief that this visual symbol of Briagh’s life can only serve to touch the lives of current and future students.  Earlier in the evening guests had mingled in the library listening to the musical talents of pianist Kathryn Yeo and enjoying one of Briagh’s favourite foods, chocolate fudge cake!