No “party poopers” at Pudsy’s party 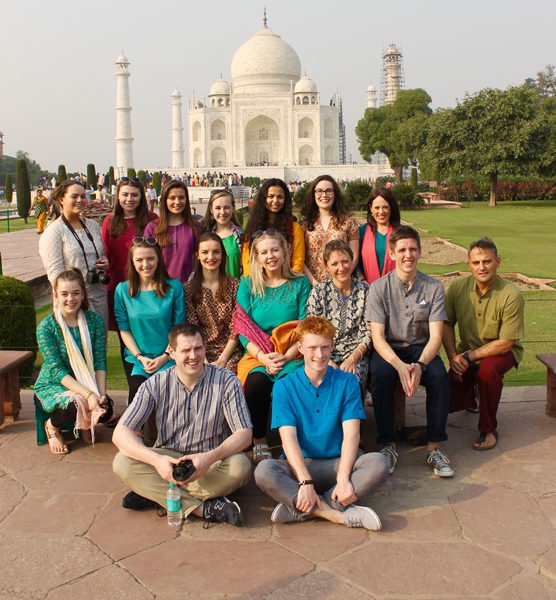 Our recent Children in Need event proved (should it ever have been in doubt) that Wallace staff and pupils love some slapstick humour. A few aerosols of full fat cream, a handful of paper plates, a group of “volunteers” and some great music and lighting courtesy of Mr Calvert set the scene for an immensely popular break time event for Pudsy. Ably compered by Charity Committee member Emily Cairns and supported on stage by Year 13 student Timothy Wiggam (drum roll anyone?) winning names emerged from the tombola as jubilant pupils made their way to the stage to select their victim.

The brave teachers were Miss Stevenson, Miss Topley, Mr Alexander, Mr Glenn and Mr Monteith; they were joined on stage by Head Girl Emily and Head Boy Jordan. The events which followed could form the basis of a fiendishly difficult probability question as brother and sister Sarah and Andrew both emerged winners from the raffle and Deputy Head Girl Jasmine got to “pie” Emily! The male teachers demonstrated that men are just over grown boys as they revelled in the opportunity to enact a classic scene from silent movies! A great total of £550 was raised and fun had by all! Photographs of the event can be seen on the school Facebook page. 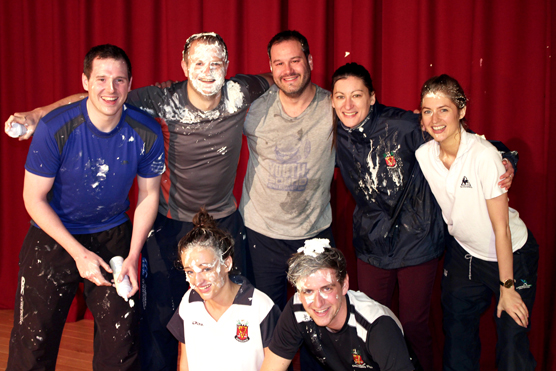 In the academic year of 2015-16 the school raised just under £24,000 for charity including an amazing £11,005 for Cancer Fund for Children. This figure takes no account of Gift Aid which could be claimed on many donations to the Cancer Fund. Various groups in school sponsor children in the third world and the school family and friends also played a significant part in the amazing total of £8,815 which was raised for the Friends of the Cancer Centre on a just Giving Page set up by staff member Dr Terris following the death of Mrs Jill Lockhart.

2016/17 has been dominated by Asha and the team has raised just short of £15,000 (Gift Aid excluded). This amazing total is a tribute to the zeal of the staff and pupils involved, their friends, families and faith communities. The team also took practical items donated by staff and pupils to Delhi with them. During this term we have donated to a wide range of causes including breast and pancreatic cancer, the Wings Appeal, the Poppy Appeal and Marie Curie Cancer Care. 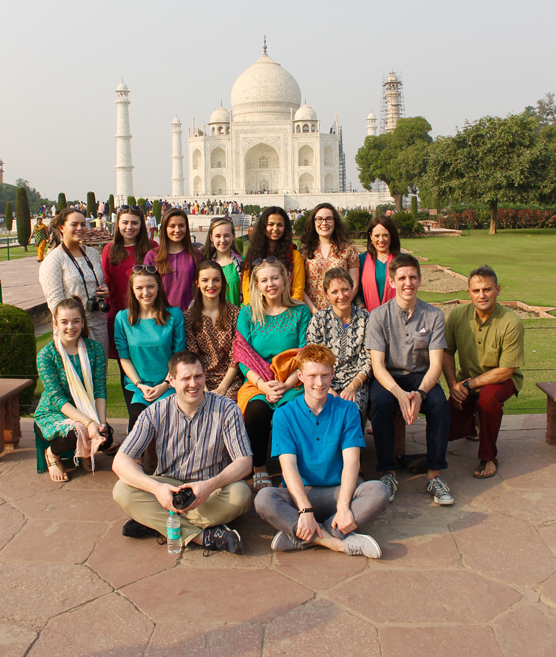 Our final charity of the term will be Tiny Life which is the Mayor’s charity. The Mayor of Lisburn and Castlereagh is Wallace’s former Vice –Principal, Mr Brian Bloomfield MBE and we hope to support the charity by providing singers for the Bow Street Mall collection, holding a Christmas jumper day and selling wristbands and badges during our weekly charity collections.

Wallace teachers are also committed to encouraging our young people to give of their time as well as their money. A heartening number of our Year 13 and 14 students have been busy volunteering with Cancer Focus NI acting as Santa’s little helpers (elf outfit included!) in addition to bag-packing for Tiny Life and helping with the Rotary Tree of Remembrance. Some are even braving the crowds of the metropolis to wrap presents in Victoria Square! 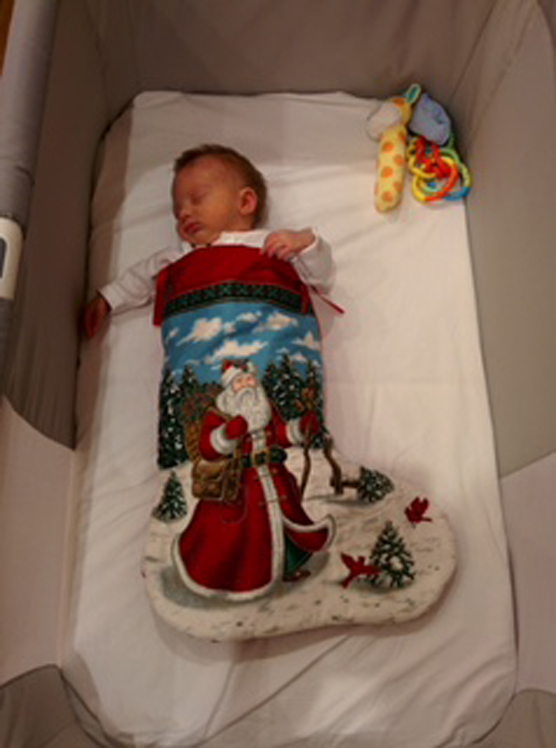 “Wallace was founded by a famous philanthropist and it is a key element of our ethos to encourage a generosity of spirit. I know that our Principal, Mrs O’Hare, is thrilled by the staggering sum raised for Asha and delighted that so many of our pupils are volunteering with charities. We are hoping to raise a great sum for Tiny Life and would like to thank the Preparatory Department for joining us in this venture.”