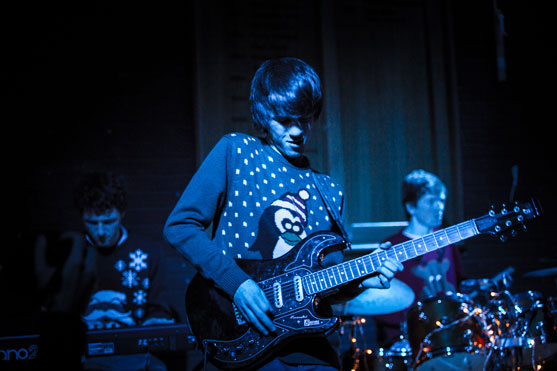 “Christmas Pie” is a long standing Wallace tradition, with the end of term charity show being enjoyed in the Clonevin Park School for thirty five years.

One of the scriptwriters, Jack McComisky explained, “This year we took the very topical issue of the Mayan predictions and wrote an hour long show based on the theme.

We filmed vox pop interviews on the streets of Lisburn and even recorded footage up the Mournes! Pie is a real highlight of the school year here in Wallace and we have thoroughly enjoyed scripting and rehearsing this year’s show. ” 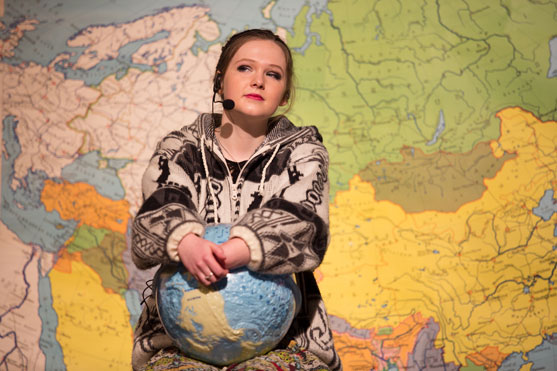 Presenter Rebecca McClements went on, “The breadth of talent displayed by our form was outstanding. From choreography to film making, acting to singing, Christmas Pie showed off the many talents of the Class of 2013.

We had such fun during rehearsals and it was great fun working creatively together. Our year group worked collaboratively with set design, stage-management and lighting all being looked after by pupils.” 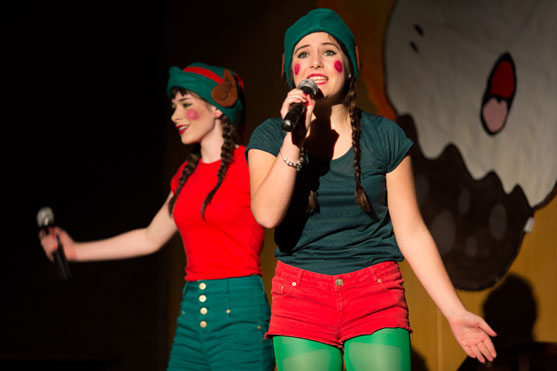 Head Boy Tony Gordon paid tribute to the support offered by staff, “Thanks must go to several teachers including Miss Stevenson, Miss Forsythe and Mr Maltman who gave of their time so readily, attending rehearsals and supporting us in so many ways.

Miss Stevenson directed an amazing film which starred over half of the Wallace teachers which we incorporated into our show. This fifteen minute film captured our teachers’ sense of fun and a highlight for us all was seeing our Principal Mrs O’Hare and our Vice Principals Mr Craig and Mr Cleland, take part.”

Head Girl Kate Miller added, “A special mention must go to the Directors Mrs Dumigan and Miss McGarry whose patience and support every step of the way made our experience amazing. Pie simply wouldn’t have taken place without them.” 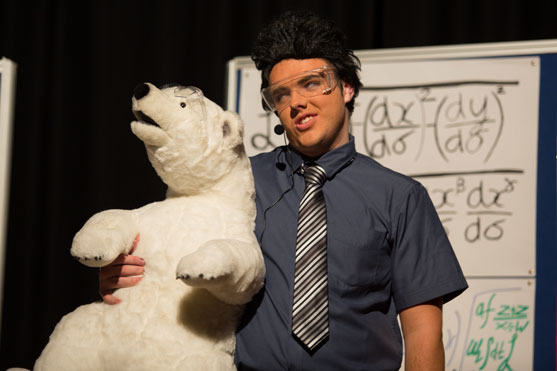 Directors Julie Dumigan and Gillian McGarry concluded, “It was a pleasure to work with such talented young people. Christmas Pie raised and incredible £1700 for The Northern Ireland Children’s Hospice and thanks must go to the generosity displayed by the entire school community in raising such a fantastic sum, as well as the Upper Sixth pupils for their hours of extra curricular commitment.

The show clearly demonstrated the sense of community spirit which is so much a part of life here in The Wallace High School. We were thrilled that former pupil, Chris Henry, took time from his busy schedule playing rugby for Ulster and Ireland to film a segment for the show.”