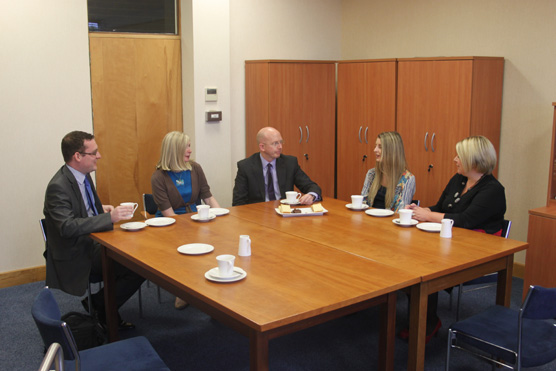 Aimee Donaldson, Deputy Head Girl in 2012-13 , has been selected as a Queen’s Scholar in the inaugural year of the scholarships. This highly prestigious award scheme is designed to encourage the very brightest and best of Northern Ireland’s students to study at Queen’s and to act as ambassadors for the university. Aimee, along with nine other students, will be free of tuition fees for the duration of her undergraduate studies and will have the opportunity to represent the university in a range of contexts. The scholarships are in total worth over £150,000. 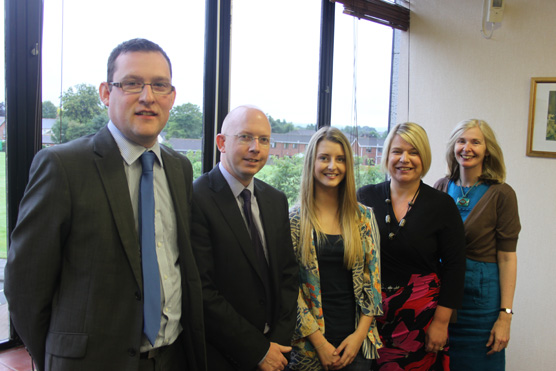 The process of gaining the scholarship was a lengthy one which began with a strongly contested internal selection process in Wallace. Queen’s invited schools to nominate two exceptional students who were then required to submit an application form and a short film. Fifty students were then selected from the large pool of applicants to attend interviews at Queen’s in July. The university had indicated that successful recipients would have exceptional extra curricular abilities with a particular focus on leadership, enterprise and social responsibility. Aimee described the process as “challenging” explaining that she had been required to complete a series of short individual interviews and to give a presentation on an unknown topic. She added ” The school had arranged a mock interview for me which was very helpful and I’ve already been warned that I’ll be asked back to Wallace to chat to next year’s applicants.”

Aimee, the only successful recipient from a Lisburn school, will study Common and Civil Law with French. Attending a photo shoot with the other successful applicants last week she discovered that many faculties were represented with Medicine claiming three of the ten places available. Gifted and Talented Co-ordinator Mr Michael Lowry noted ” I didn’t envy the interviewers’ task as within Wallace we were delighted with the standard of our internal application process and found it really challenging to choose. We are thrilled to be one of the schools represented in the first year of the scheme and hope to build on this success. ”

Principal Deborah O’Hare said ” As Deputy Head Girl in Wallace Aimee had many opportunities to develop her leadership potential and she excelled in the role. Her grades were outstanding but these scholarships are really about students who have initiative, charisma and the ability to direct their own studies. We are celebrating Aimee’s achievement and I know that the Principal of Ballymacash Primary School will share our pride in his former student.”

When Aimee visited Wallace last week to be personally congratulated by senior staff she commented ” I am very grateful to my teachers for all their help and encouragement during my time at Wallace. I am really proud to have gained the scholarship and hope it will encourage other Wallace pupils to apply this year.”