Pupils from The Wallace High School have achieved great success recently with a high number representing province and country in a variety of sports.

Year 12 pupil Ryan Getty leads the way winning the Munster under 17 badminton singles title (defeating fellow pupil Curtis Presho in the final) and also reaching the finals of both the England under 17 Gold singles and doubles. He, along with Sean Murray and Mark McNellis were key players as the Ulster under 16 hockey team returned from Cork with the Inter provincial title. Year 13 pupils Jack Wilson and Ross Kelly were part of the Ulster under 18 team which competed in the Interprovincial tournament as well. 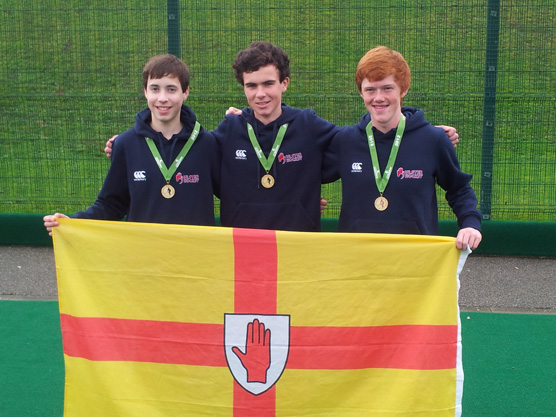 Alannah Stephenson continues to make a big name for herself in badminton having recently returned from a trip to Japan where she represented the Ireland under 19 squad (containing only four players) in the World Junior Championships. The team came twenty sixth overall in this most prestigious of tournaments, whilst Alannah acquitted herself superbly reaching the last sixteen of the mixed doubles and also losing narrowly in her singles game against a higher ranked and older Belgian opponent. Alannah’s cousin Beth, a Year 9 pupil has also achieved success in the badminton world having represented the Ulster under 13 squad last weekend and also winning both the Connaught and Ulster under 13 doubles titles. 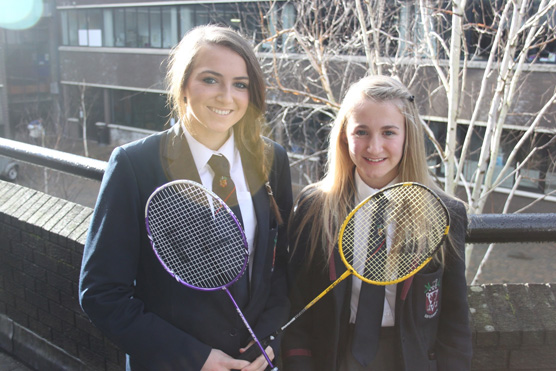 As Schools’ Cup rugby fever gets closer and with their training camp in Portugal imminent, four Year 14 pupils represented the Ulster Schools’ rugby teams recently. Pride of place goes to centre Jordan Grattan who was a key player in the Ulster under 19 team and has been selected for an Irish trial, looking to follow in the footsteps of past pupils like Chris Henry, Ian Whitten and the late Nevin Spence. Peter Weir also played for the under 19 team and was extremely unfortunate to be injured in a practice match against Northampton Academy, an injury which is likely to curtail his involvement in the Schools’ Cup. Aaron Gilkinson and James McCallan were both involved in the Ulster under 18 squad during their Inter provincial campaign, both
gaining sought after caps in this most demanding of tournaments. 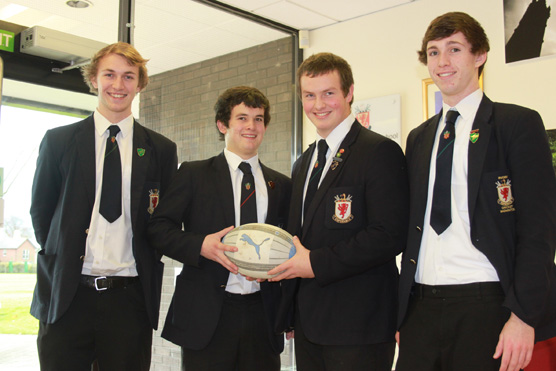 Year 13 pupil Laura Murray was a key player as the Ulster under 18 hockey girls won the Inter provincial title in October, Laura scoring an important goal in the process. She also attended an Irish trial last weekend in Dublin and awaits the outcome with much anticipation. Having scored in the previous round of the Girls’ Schools’ Cup in the resounding 5 – 0 win against Coleraine High School, and having been part of the side that so narrowly lost to Lurgan in the final two
years ago, she will be even more determined to inspire the team to a famous victory this week of the same opposition. 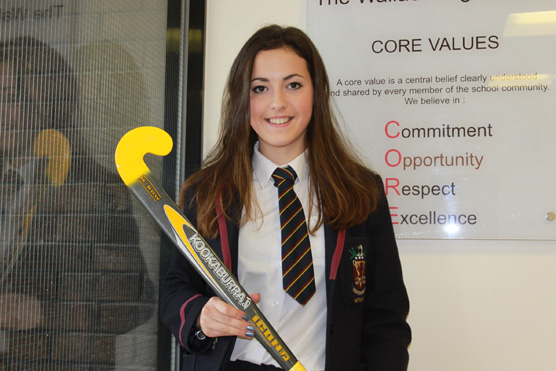 In swimming Kyle Mawhinney (Year 11) was part of the Ulster Schools’ squad who attended warm weather training in Tenerife over half term. A specialist in the 100 metre freestyle and backstroke he enters a key phase of his season having enjoyed the intensive training in Tenerife. Fellow Year 11 pupil Ruth Russell has also been part of Ulster and Ireland training camps recently having achieved a silver medal in the 400 metres during the summer in the gala held in Limerick. 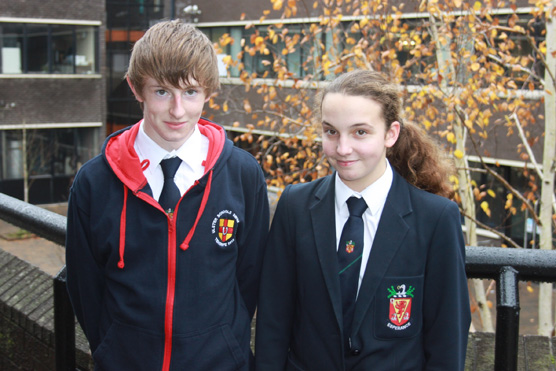 Head of the Physical Education Department, Mr Neil Hinds is understandably delighted with the success of the pupils: “We are all very proud of the achievements of these pupils who have gained recognition at such a high level. It is reflective of the dedication and commitment that they show towards their sport and also their ability to balance their studies with maintaining the highest of sporting standards.”