Robot Day is a winner!

Year 9 pupils at The Wallace High School have recently enjoyed taking part in special Robot Days for pupils using LEGO® MINDSTORMS® Education.The Lisburn school has staged two events so far this year in February and March  and have another Robot Day planned for June where another Year group will be given the opportunity to participate in this exciting initiative. 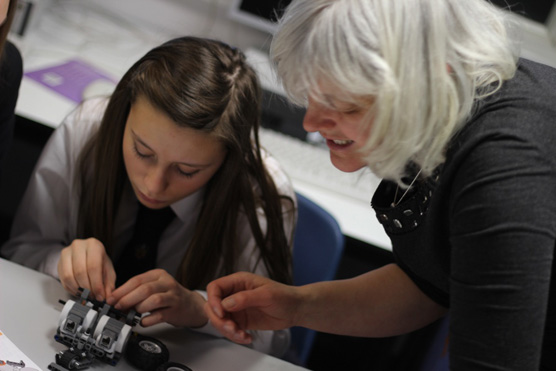 Having received STEM funding from the South Eastern Education and Library Board, twenty students worked in teams of five to build robots using LEGO MINDSTORMS Education and then programmed them using NXT to investigate the use of the sensors. They then had to create programs for their robot and the day ended with an obstacle course challenge, a fun end to an action packed day.  A video of the first STEM event was also made detailing all the activities which the students had undertaken. 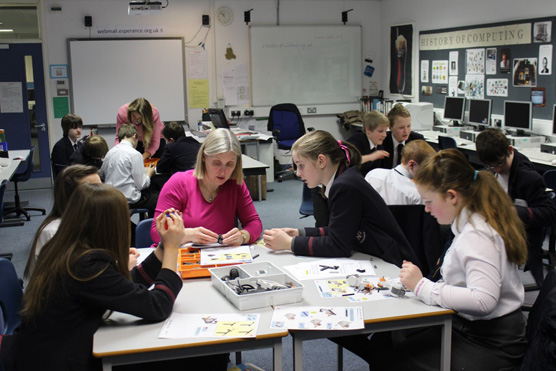 Ruth Foster, Head of Computing at the school says the students were very enthusiastic: “They had a sense of satisfaction and achievement with a completed robot that they have been involved in building and it was great to see their confidence grow as they successfully solved problems when controlling the robots. The day also increased the students’ understanding of sensors and their knowledge of software programming, whilst their enthusiasm for ICT and computing-related subjects has also grown.”

Mrs Foster says that another year group will be given the opportunity to take part in the Robot Day in June and in the future the robots will be used to deliver some of the Key Stage 3 curriculum as part of programming lessons. 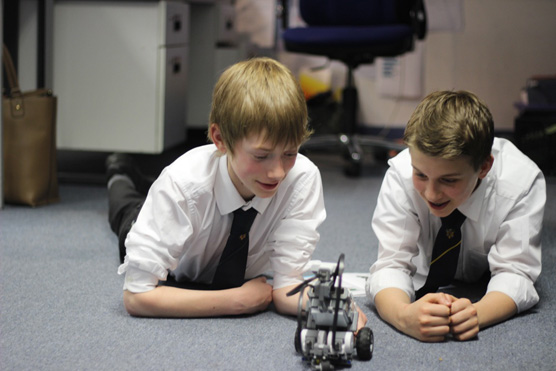 “This will allow many more children to enjoy the experience, as full year groups of 180 students will be involved,” she says. Pupils involved were equally enthusiastic with Dawson Cleland commenting.  “It was great fun to work as part of a group in completing the building of a robot. As the day went on we learnt lots of interesting skills such as programming using Lego software and working with sensors.”

For more information about LEGO MINDSTORMS Education, visit the
website at www.legoeducationuk.com.