Sixty five pupils and seven staff from The Wallace High School recently returned from their half term ski trip to New Hampshire with some great memories of a fantastic trip.

This was the eighth year that Wallace have travelled to the United States and without doubt the ski conditions were better than ever after the recent heavy snow falls in the area. Having arrived in Boston to be greeted by extreme temperatures, the group spent two days at Waterville Valley before concluding their skiing at the excellent Loon Mountain Resort. 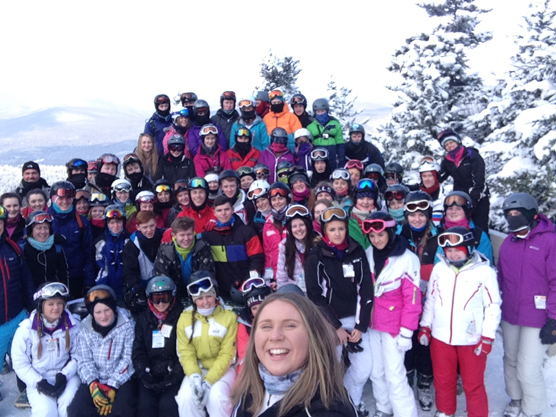 The majority of the ski party were beginners and all pupils made real progress throughout the week, so much so that on the last afternoon everyone met at Summit Lodge for final photographs and to ski down to Base Lodge as a group. This was one of the highlights of the trip and showed how far some of the beginners had come in the space of five days of lessons.

As ever with the ski trip there were other memorable activities and excursions away from the skiing. The Beacon Resort proved to be excellent hosts and provided much needed energy boosts with the superb food supplied. A trip to the Tilton Outlet proved popular with both staff and pupils, whilst the follow up McDonalds was devoured. The staff ran a “Red or Black” night on the last night in the hotel with staff and pupils competing against each other in games such as “Reid versus Reid” and a “rap off” between Year 12 pupils Cameron Guiney and Philip Wenlock. Ellie McNeill eventually won the prestigious Loon Mountain Cup as the first pupil to appear in full ski kit at the end of the night. 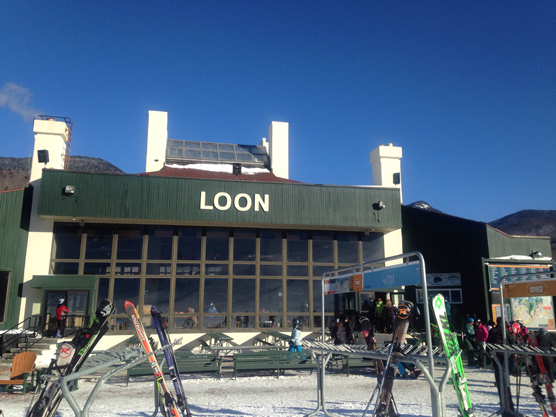 On the final day the group spent an enjoyable five hours in the Quincy Market area of Boston with American Eagle Outfitters and Abercrombie and Fitch two of the biggest attractions alongside the food hall where food from all over the world could be found.

Mr Jonny Reid, teacher in charge of the ski trip was understandably delighted with the success of the trip and commented: “Once again the pupils and staff had a wonderful experience in the United States and were excellent ambassadors for the school with many people commenting on their manners and behaviour. Although it was very cold on the first few days, all pupils got stuck in and it was superb to see them all ski down from Summit Lodge on the last afternoon.”