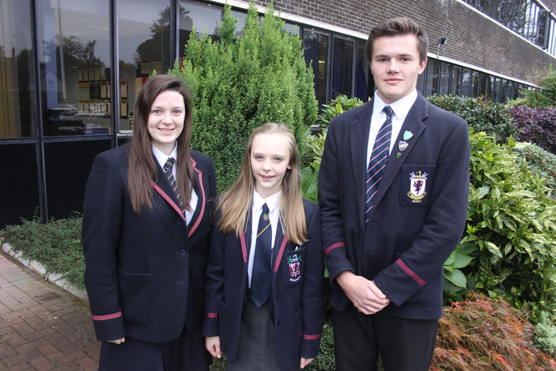 Wallace High School pupils and teams continue to achieve success in a wide variety of individual and team sporting activities with many pupils being recognised at the recent Draynes Farm Sports Awards in the Island Civic Centre.

Pride of place goes to the Judo team who picked up the Junior Schools Team of the Year on the back of their superb performance at the Northern Ireland Schools Championships held in the Lisburn Leisureplex. They defeated Belfast Royal Academy in the final, whilst the seven man team also dominated the individual categories taking home four gold medals, one silver and two bronze. There was further success in this category with the Ferris Cup winning boys’ hockey squad (captained by Scott McCabe) taking a well deserved third place for their achievements last year. Another boys’ hockey player in the school, Year 13 pupil Sean Murray, also finished 2nd in the Junior Sports Personality Category after an outstanding season for school, club, province and country. 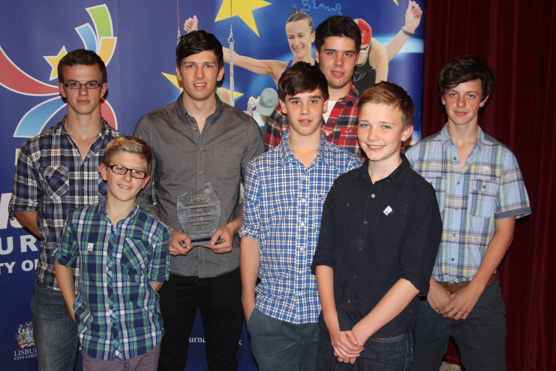 Several pupils from the Lisburn school were also awarded bursaries at the prestigious event including Rachel Bethel, Alex Haskins and Peter Sands (swimming), Alannah Stephenson (badminton), Charlotte Slater (fencing) and Jasmine Kirkwood (hockey). Year 11 pupils Jasmine and Jane Kilpatrick were also selected in the Ulster under 16 girls’ hockey squad which competed in the Interpros in Cork last weekend, having both appeared at the UK School Games in the winning Ulster squad at Sheffield. Jane scored two goals in the opening victory against South East, whilst both girls were instrumental in the Ulster squad taking third place in the tournament.

Several pupils have also been selected in squads for other sports with Year 10 pupil Anna Boe getting ready to represent the Gymnastics Northern Ireland Trampoline Supersquad who will take on their Gymnastics Ireland counterparts in November in an inter – squad match. Year 14 pupil Jacob Stockdale has been selected to attend the upcoming Irish Rugby Football Union National Talent Camp in Belfast over the half term break having impressed for the Ulster under 19 squad in the recent interpro series and also at full back for the school 1st XV, whilst Year 13 pupil Jessica Poots continues to represent the Northern Ireland under 17 girls’ football team which took part in several European Championships qualifiers in the local area last week against famous footballing nations France, Sweden and Poland.

Principal , Mrs Deborah O’Hare also hosted the first ever Wallace Information Evening for Parents and Representative players in the school. Over 130 parents and pupils attended showing the range and number of pupils in the school who are playing sport at a very high level. Mrs O’Hare spoke to the gathered crowd about balancing elite sport and academic study and also outlined some of the scholarships and bursaries open to pupils seeking higher education opportunities. Former pupils Chris Henry (rugby) and Julie Whitten (netball) also took part in a question and answer session where they gave their experiences of balancing their studies and their sport, whilst Peter McCabe (Sports Institute for Northern Ireland) spoke about performance lifestyle. 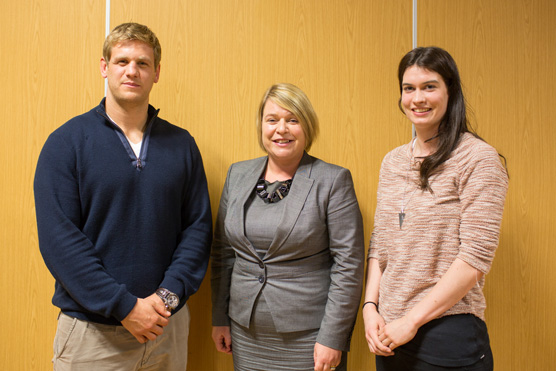 Attention now turns to the boys’ hockey 1st XI who travel to Dublin this week for the prestigious Irish Schools’ tournament competing against Cookstown High School, Villiers Park and Mount Temple in the group stages.