The Wallace High School hosted their annual Sports Awards ceremony last Thursday night in the Assembly Hall and were delighted to welcome back Denise Watson and Neil Doak, two distinguished former pupils, as guests. This evening has now become an integral part of the school calendar as pupils, staff and coaches gather to celebrate the many sporting successes in team and individual sports throughout the year.

Principal, Mrs Deborah O’Hare, began proceedings by welcoming everyone to the evening of celebration. After a superb two course meal several of the pupils present competed against each other in fun races with Year 13 pupil Claire Hanna eventually winning the coveted trophy which had been made and donated by the Technology Department. 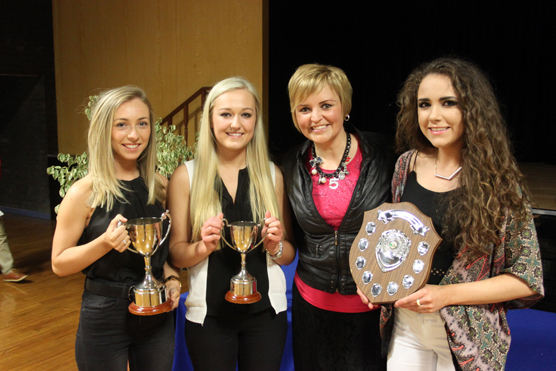 Denise is one of Northern Ireland’s most recognised sports reporters and took centre stage as she outlined some of her own memories from her time at Wallace and especially her many enjoyable times spent playing, watching and supporting sport in the school. She then interviewed the senior sports captains with Sean Murray (boys’ hockey 1st XI), Evie Dornan (senior netball captain), Zoe Jackson (girls’ hockey 1st XI) and Sam Moore (1st XV rugby captain) all willing participants as they shared their experiences from playing sport at school and particularly in their final year. Ulster Rugby coach, Neil Doak, was then interviewed on stage by Denise and talked about his own sporting highlights at school and beyond as well as offering advice to the pupils present on what it takes to reach the top of your sport. 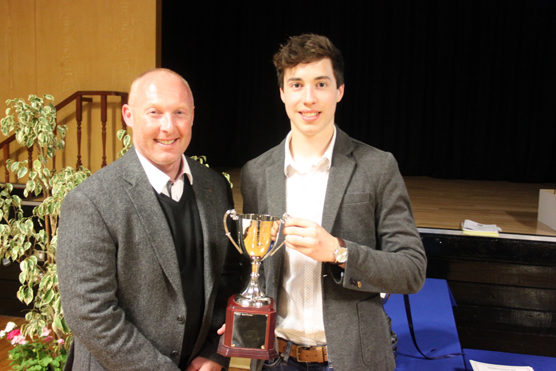 The Sports Awards always conclude with the presentation of colour awards, certificates of achievement and recognition of representative players in a wide range of sports, whilst trophies are presented to individuals in categories such as “Most Improved”, “Top Goalscorer” and “Overall Contribution”. Neil also presented the prestigious Raymond Hunter Cup to Sean Murray who not only led the hockey 1st XI to Burney Cup success but also represented the Ulster and Irish under 18 and 21 hockey sides throughout the past year. 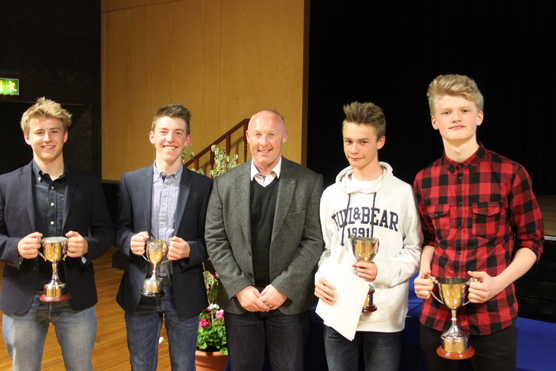 Denise was delighted to be back at her old school and commented: ““It was great to be back at Wallace High school to present the Sports Awards. It was an outstanding year for the school with the hockey boys winning the Burney Cup and the 1st XV only narrowly losing the Schools’ Cup final. I loved chatting to girls’ hockey Captain Zoe Jackson again as we’d already met while filming a UTV Sport report earlier in the year. Ulster Rugby Coach Neil Doak was in my year at Wallace (we left in 1989-90) and it was lovely to catch up with him and chat about the old days too.” 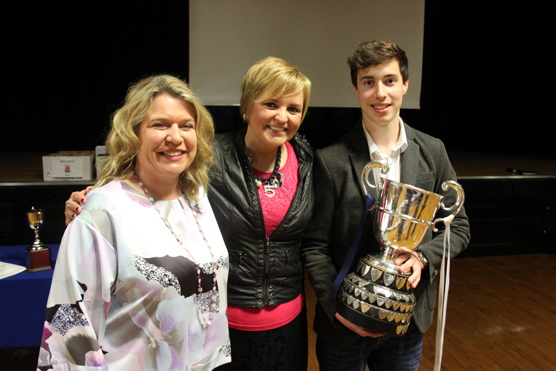 Mrs O’Hare, in her address to students, emphasised the great pride that staff felt in the successes of the year. Importantly she highlighted that students were generous in their support of each other. In her concluding remarks, she thanked the two guests and led a warm round of applause through which those sportsmen and women gathered, thanked their coaches without whose energy, expertise and drive the successes of the school would not be so rich.