Success for Wallace at MUN

MUN is a highly popular extra-curricular activity in the school and sees pupils assume the role of United Nations delegates from various countries around the world. 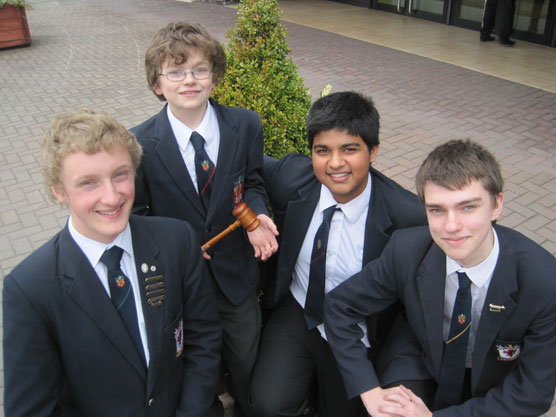 The conference at Wesley College, Dublin was attended by many state and private schools from Republic of Ireland, Northern Ireland and Great Britain and the standard of debate, in keeping with tradition, was exceptionally high. Delegates debated topical issues such as the recent decision to enforce a no-fly zone over Libya.

The conscientious efforts of several pupils who had been assisted in their detailed preparations by Mrs Karen Ferguson and accompanied on the trip by Mr Michael Lowry and Miss Victoria Walsh were recognised at the awards ceremony at the close of the event when Matthew McStea, a year 10 pupil representing Afghanistan, won the prestigious “Gavel” award for best junior delegate and Jonathan Scott, representing Portugal on the Security Council was also commended for his efforts.

All of the students who participated in this worthwhile extra-curricular activity found the experience to be beneficial in increasing their self confidence, communication skills and knowledge of the world of diplomacy and international relations.