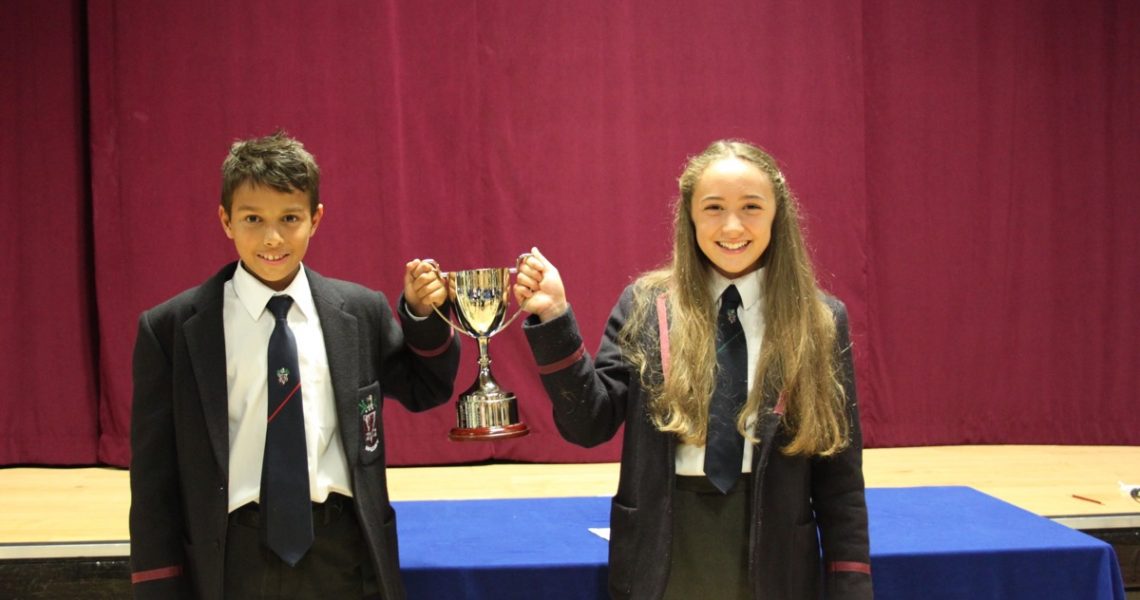 In keeping with our tradition of celebrating the achievements of former pupils to inspire current pupils Wallace High School recently welcomed distinguished former pupil Timothy Taggart as  guest speaker for the Junior Prize Giving. Tim attended Wallace for his entire school life, moving from the Prep Department to the Grammar School; he was Deputy Head Boy in his final year. Having arrived home to Lisburn in sufficient time to ransack his parents’ attic ( but not for cash)  Tim came to speak equipped with various pieces of memorabilia: a copy of the school magazine Esperance ( he starred on the front cover), a Sixth Form blazer and his winner’s medal from the Burney Cup. In a speech characterised by warmth, wit and relevance Tim outlined how his school life and experiences prepared him for his current professional life as a freelance Producer/ Director specialising in documentaries and factual programmes. Tim has also been involved directing content about the Olympic Legacy and has also worked with Prince Harry regarding the Invictus Games.

Junior Prize Night is an annual event which celebrates the achievements of students in Key Stage 3. Certificates and Prizes are awarded in the following categories: Outstanding Academic Achievement, First in Subject, Significant Improvement and Special Awards. Students who have achieved the rare feat of 100% attendance throughout the 3 years of Key Stage 3 are also honoured. This year 7 students received Awards for Full Attendance, the highest number of such awards to date!

The school is immensely grateful to the PTA who generously provide the funding for all of the prizes presented. In each Year group 3 prizes are awarded for Outstanding Academic Achievement: the Year 8 winners were Josh Kamalarajah, Eliza Houston and Lydia Watterson, the honours in Year 9 fell to Elektra Epanomeritakis, Becky Earney and Deborah Moore and in Year 10 Georgia Nicolls retained her position as top of the Year group with prizes also awarded to Abby Conroy and Leah Bethel. Longer serving members of the Wallace teaching staff were delighted to note how many parents of prize winners are our own former pupils! 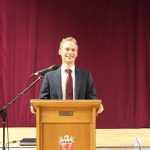 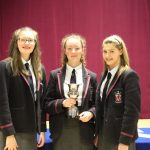 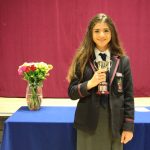 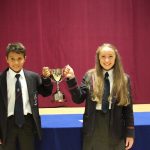 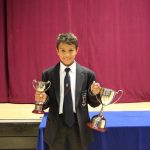 The capacity audience of family and friends enjoyed the lively contributions from the Music Department. The Junior Orchestra played a crowd pleasing theme from the movies (007 no less) whilst the Junior Chamber Choir sang the traditional piece The Gartan Mother’s Lullaby. Julie Pigott demonstrated her skills on strings with an exquisite solo performance of Ladies in Lavender by Hess. Light refreshments were provided after the Prize Giving when a significant number of students took the opportunity of chatting to Tim about highlights of his school and professional life.

“ The Junior Prize Giving is a much anticipated and enjoyed event. Our awards for not purely for Outstanding Academic Achievement as we also honour and reward those students who have made significant academic progress during the school year. I was delighted to welcome Tim back to Wallace and to hear his memories of school plays, Christmas Pie and that marvellous Burney Cup victory. I know that the staff who taught Tim and his siblings speak of each of them with great  warmth and I would like to thank Tim for his excellent address. It was a delight to see so many of the pupils chatting to Tim during supper.”