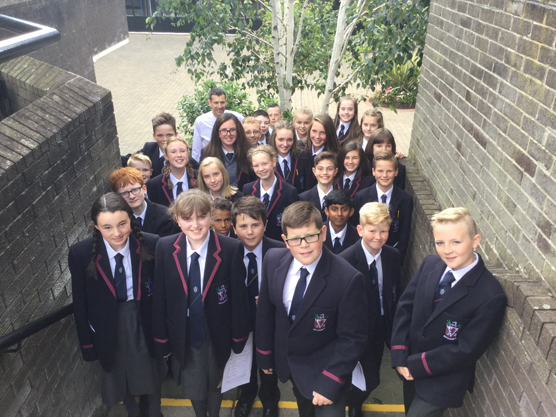 The beginning of another academic year represents for pupils and parents alike an awareness that ” the times they are a-changing”. The most pronounced changes occur with the much anticipated move to ” big school” in Year 8, the perhaps nervous move to Key Stage 4 and GCSE study and the justifiably triumphant process into Year 13 and the beginning of “A ” level study.

The effective management of such pivotal moments in a school life is crucial and senior staff at Wallace have just completed a series of transition events which began in late August. The vast majority of the new Year 8 pupils sat their AQE examinations in Wallace and this in itself may well help to explain the very smooth and happy settling in period experienced by the pupils. The so called ” newbies” met their classmates and pastoral staff at a fun afternoon in June and had a special introductory half day in late August when they had the school buildings all to themselves and were able to participate in a treasure hunt designed to guide them around the building. Their parents were also inducted into the ” Wallace Way ” at a well attended Information Evening ; speakers included members of the Leadership Team and the Head and Assistant Head of Year for Year 8. The team of Year 8 class tutors and one of the school nurses also attended the evening thus providing an opportunity for parents to share information and to meet informally with staff. Topics covered included the effective use of the homework diary ( this can be a mystery to some! ), the homework timetable and extra-curricular activities. The school’s commitment to supporting and stretching our young people was explored and the significance of philanthropy within our school’s heritage was also considered. Two acts of generosity featured in the evening’s programme; Miss Gracey explained the Book Buzz scheme funded by the Old Girls’ Association which will provide each Year 8 student with a free copy of a novel chosen from a list of 12 and the PTA provided a welcome glass of wine to conclude the evening.

The parents of Year 11 students were provided with a ” tailor made” programme. Current Year 13 students Abi Wallace and Jack Ferguson gave some terrific advice on ” Surviving GCSE” whilst Head of Year ( and mother of 3) Mrs Millen added her insights regarding the two year marathon which is GCSE. Keeping young people safe online is a constant concern ; this section of the evening was introduced by a dramatic and thought provoking short film selected by Pastoral Vice Principal Mr D Atkinson who gave an excellent and often amusing commentary on the theme. Advice for parents on such issues can also be found on the ICT area of the school’s website. 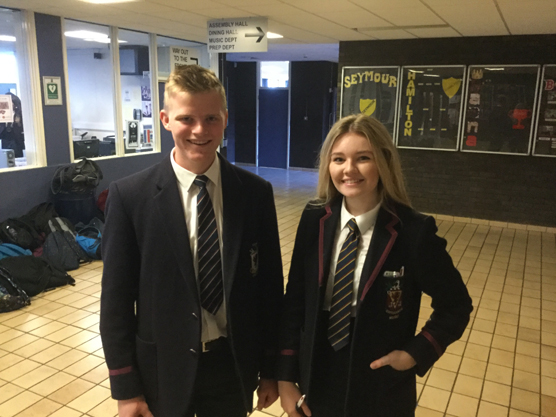 Years 13 and 14 also had their own exclusive time in school in late August with the Year 13 pupils meeting pastoral and senior staff for a comprehensive interview. Areas covered included staff expectations, how to plan and manage studies and extra curricular commitments, study skills and pupil goals. Similar themes were explored at the Year 13 Information Evening when speakers included Vice-Principal Mr David Cleland, Senior Teacher Mr J Reid, Head of Careers Mr Paul Beaton and Assistant Head of Year Miss A Frey. Wallace has a robust and well established system of target setting and this system, coupled with top quality guidance on university application, has ensured that the vast majority of students make well informed choices and achieve their goals. 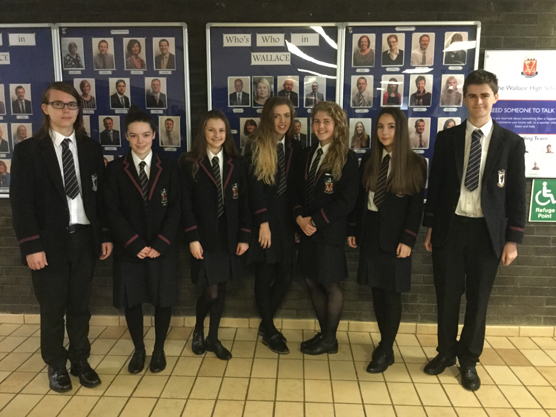 Wallace Principal Mrs D O’Hare said: ” As a school family we are very aware of how supportive our parents are. Good communication between home and school has been highlighted at each event and I am delighted at both the high level of attendance and the very positive feedback. I am confident that this school year will be another year of outstanding achievement for our students and their teachers.”