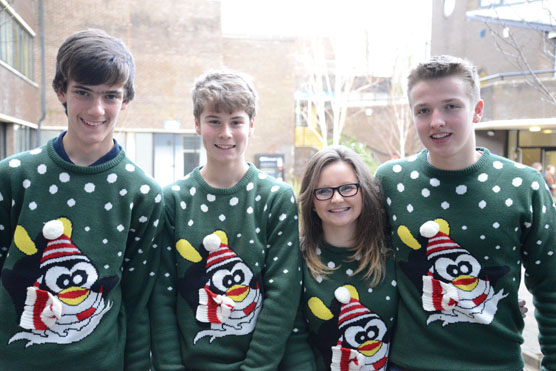 December was a particularly busy month for charity at The Wallace High School with several events organised to benefit local and national charities.

The traditional Year 14 Christmas Pie extravaganza was, as ever, a resounding success as all pupils and staff in the school (as well as many past pupils) enjoyed the event on the penultimate day of term. This year, the Pie Committee decided that the money raised would go to the Pancreatic Cancer Fund and also to help with the Asha trip to India in October 2014 when Wallace pupils and staff will visit India to help with local, under privileged communities. In total, over £1500 was raised for both these worthy causes. 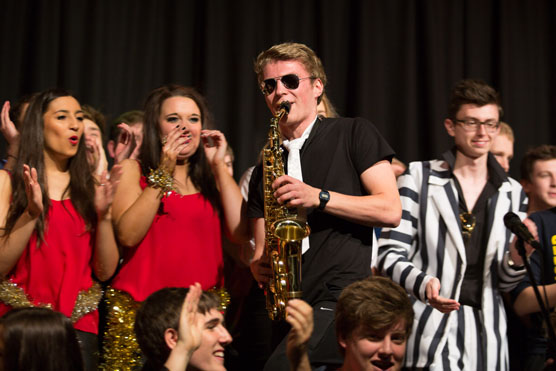 Special mention should go to the Pie Committee made up of Year 14 pupils and especially Christopher Moore, Craig Chambers and TJ Smith who produced the videos and were the driving forces behind the event. Staff Victoria Walsh, Sara Stevenson (Joint Directors), Kylah Forsythe (Dance Routines) and Liam Halferty( Props) were also instrumental in the success of the show which featured singing, dancing, sketches and several very funny videos put together by the excellent TJ Smith.

Save the Children were also beneficiaries of the generosity of Wallace Staff and pupils as a Christmas Jumper Day was held during December. This nationwide event was a first for Wallace with everyone getting into the Christmas spirit and raising over £1000 for this most worthy cause.

The Religious Studies Department held their now annual hamper collection for the local Woman’s Aid in Lisburn with junior school classes organising and providing hamper items which were collected just before Christmas.These were collected by workers to be distributed within the hostel and in the community to women and children who had been rehoused and also kept in storage for crisis situations. A collection for the Northern Ireland Cancer Fund for Children was also taken as one of the weekly events undertaken by the hard working committee. 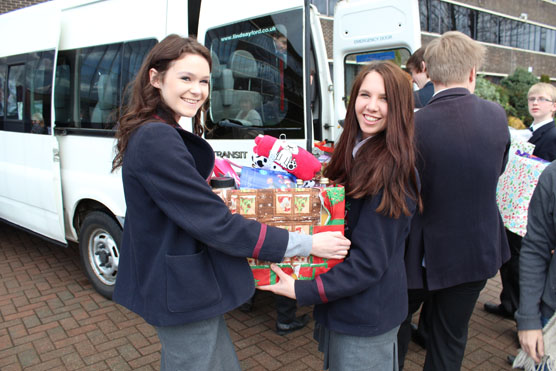 Coordinator of Charity in the Lisburn school, Miss Laura Topley was understandably delighted with the success of all these ventures and commented: “It always amazes me how generous our staff and pupils are and this was especially evident in December where a number of events were held. The Christmas Jumper Day was a real success and certainly helped get everyone in the mood for Christmas, whilst Christmas Pie not only benefited two great causes but was also a great show with all Year 14 pupils deserving great credit. This Saturday is also our Open Day and a Fujifilm camera will be raffled in aid of Pancreatic Cancer.”